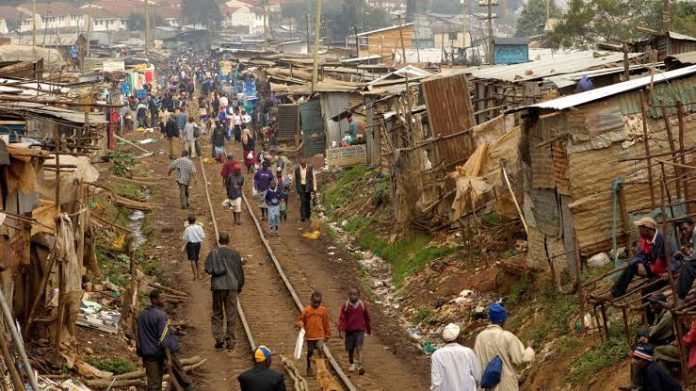 A report released by the National Bureau of Statistics on Thursday has shown that 133 million Nigerians, representing 63 percent of the population, are poor when multiple factors are put into consideration.

The report named the National Multidimensional Poverty Index indicates that more Nigerian joined the poverty class in 2022 when compared to 40.1 percent of the population in the threshold between 2018 and 2019.

“Over half of the populations who are multidimensionally poor cook with dung, wood or charcoal, rather than cleaner energy. High deprivations are also apparent in sanitation, time to healthcare, food insecurity, and housing,” it said.

Poverty levels across States vary significantly, with the incidence of multidimensional poverty ranging from a low of 27 percent in Ondo to a high of 91 percent in Sokoto.

The National MPI can also be disaggregated by other vulnerable populations, such as children or disability status.

Gender disparities continue to greatly affect the overall population, with 1 in 7 poor people (18.6 million) living in a household in which a man has completed primary school, but no woman has done so.