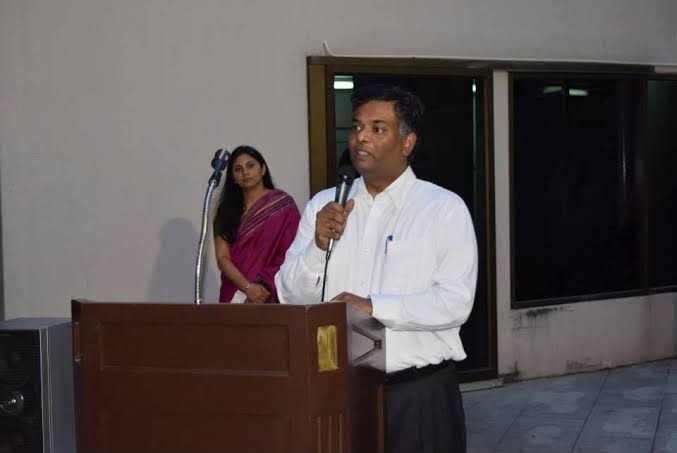 The Indian High Commissioner to Nigeria, Shri G. Balasubramanian, says over 135 Indian companies have so far invested $19 billion in Nigeria in the last four decades of diplomatic relations between the two countries.

Balasubramanian, who said this when he paid a courtesy visit to the News Agency of Nigeria on Wednesday in Abuja, commended the India-Nigeria mutual bilateral relations.

He said that the relations between India and Nigeria had been excellent, saying the visit was to deepen news and cultural programme exchanges between both countries.

According to him, the visit seeks to promote avenues where India and Nigeria could cooperate through information sharing, news networks, among other things.

“The cultural relations, the connection between our people is really good and with your assistance I will certainly like to strengthen this tie.

“There are over 135 Indian companies, which have invested about $19billion in Nigeria over a period of years, not in one year, but for the past four decades.

“Most of them are in Lagos, they are in every part of Nigeria and are in the manufacturing sector of the economy, steel, oil and gas or pharmaceuticals.

“Nigeria is home to about 60, 000 Indians who are living and who have made Nigeria as their home literally, for the past four decades.”

The envoy also promised to strengthen the relationship between his country and Nigeria, with the assistance of NAN management.

He said that Nigeria’s invitation as guest participant to the G20 Summit scheduled for 2023 in India would form a unique opportunity to showcase the priority of developing countries to the world.

He said that the importance of the relations between the two countries was well known in India, hence Nigeria’s invitation to the Summit from September 9 to September 10, in New Delhi.

The envoy listed plans by the mission to host journalists from across West Africa on field visits to India with a renewed offer of 500 scholarships to Nigerians and promote the study of Mass Communication in India, in 2023.

He further reeled out the mission’s programmes to be India National Day on January 26, Food Festival and Cooking Competition on January 28, and facilitation of “Yoga” weekly-exercise to boost healthy living.

Responding, the Managing Director of NAN, Buki Ponle, commended Balasubramanian for the visit, saying it was apt in deepening relations on information sharing and news network between the two countries.

He said that the relationship between the mission and the agency started on a very nice note, adding that a lot would be done to explore other spheres to produce best results for both countries.

Ponle said, “We are friendly, we accommodate and we want to be friends forever for mutual benefit; it extends to us in NAN to see outsiders as part of us.

“NAN and India share a common goal right from inception, the agency was established by an Act in 1976 and we started operation in 1978 and incidentally I was a pioneer member of staff.

“We also had a partnership with the Press Cross of India, we were always going to India for further studies in Mass Communication, but there was a stage when the agreement was no longer in vogue.

“With renewed relationship we hope the partnership will be revived; we will offer everything to make your stay highly rewarding in areas of coverage, enhanced visibility and exposure.

“We are always at your service and that also translates to making ourselves available for your country’s activities in Nigeria and over there in India.”

He reiterated that such practice would be informed by news and cultural exchange through information and communication sharing, as well as other areas that would be beneficial to both countries.

The Managing Director assured Balasubramanian of adequate support by the agency in coverage of the forthcoming G20 Summit.

The agency boss also appealed for facilitation of the exchange programme between the NAN and News Agency in India through signing of agreement to ensure seamless flow of information and communication on a daily basis.

Ponle noted that the agency had two agreements with the Bulgarian News Agency, as well as Turkey in addition to news exchange programmes in line with Reuters, AFP and China News Agency.

He said that the agency sought to establish such a partnership with India too. (NAN)