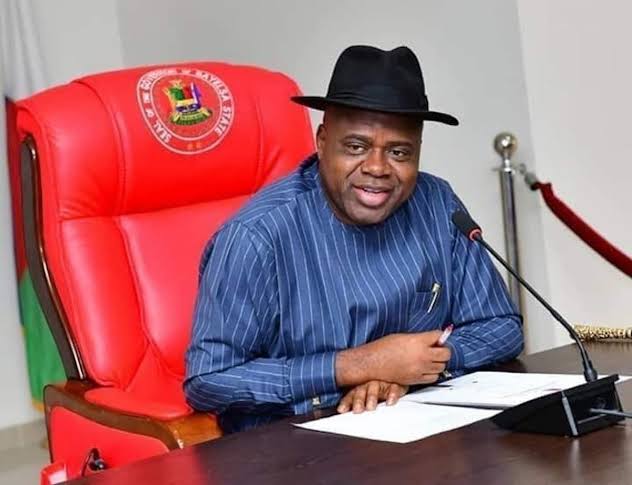 Bayelsa State government has acknowledged donations from international agencies, state governments; political parties and their presidential candidates, individuals and corporate organisations in the wake of the 2022 flooding that ravaged the state.

Governor Douye Diri in his opening remarks at the weekly state executive council meeting in Government House, Yenagoa, on Wednesday disclosed that the government received donations in form of cash, foodstuff and other materials from well-meaningful individuals and corporate organisations during and after the floods.

His Chief Press Secretary, Daniel Alabrah, quoted the governor as restating his administration’s commitment to transparency and assured the people that they would not be left in the dark as regards the flood donations.

He listed the United Nations Resident and Humanitarian Coordinator in Nigeria, the Akwa Ibom and Lagos state governments, which donated N100m and N50m respectively, presidential candidate of the Peoples Democratic Party, Atiku Abubakar (N55m), and his counterpart in the Social Democratic Party, Adewole Adebayo (N10m) as some of the donors.

Other donors are Dr. Azibapu Eruani of the Azikel Group, who he said has started redeeming his pledge of N350million worth of items, and the Chief Executive Officer of the Century Energy Group, Ken Etete (N50m).

The governor directed the task force on flood mitigation and management and the Bayelsa State Emergency Management Agency to immediately resume distribution of items in the warehouse to all affected communities in the state.

He also assured that the donations will be prudently used and urged people of the state to exercise patience with the process of distributing the relief materials to victims.

He further stated that the process will be devoid of political colouration.

His words: “We never played politics with the flood and the relief items for victims. The whole world saw it. Those who came to play politics, the whole world equally saw them.

“In all that we did, we never discriminated against any political party. And we commend particularly our people that bore the brunt of the flood.

“As a government, we will take decisions in the best interest of our people. Everything should not be politicized.”