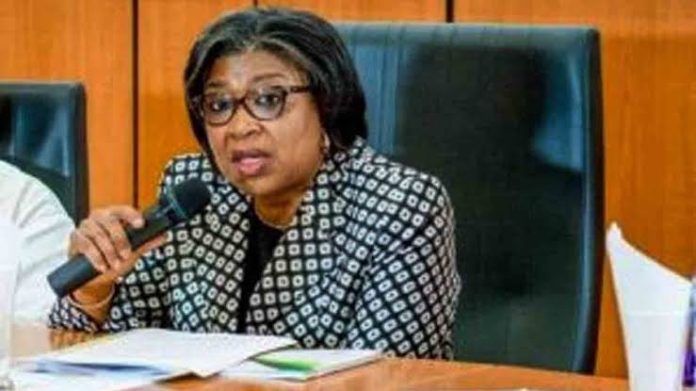 In the past few days the media has been awash with news about the huge debt burden that the incoming government in May 29, would inherit from the President Muhammadu Buhari’s administration.

This is coming as President Muhammadu Buhari signed the 2023 budget of N21.83 trillion into law and said the country would pay N1.8 trillion in extra interest if the legislature rejects his loan-to-bond swap request.

A section of the Nigeria media had quoted the Debt Management Office as saying that the incoming administration would inherit a debt burden of N77trillion.

Findings by the News Agency of Nigeria, however, revealed that the country’s total public debt stock as at September 2022 was N44trillion ($103 billion).

The bulk of the new borrowings is drawn from a loan-to-bond swap (proposed securitisation of Ways and Means Advances) from the Central Bank of Nigeria (CBN), and new borrowings to fund the 2023 budget.

The Ways and Means Advances are, however, not within the management and control of the DMO until they are securitised.

Securitisation is the conversion of an asset, especially a loan, into marketable securities, typically for the purpose of raising cash by selling them to other investors. That is, loan-to-bond swap

If the Ways and Means Advances securitisation request by Mr. President is approved by the National Assembly, they can be managed by the DMO, and turned into investable securities like bonds, with a moratorium, long period of repayment and lower interest rates.

And contrary to some misconception, the country’s total debt stock comprises both domestic and external borrowings of the Federal Government, the 36 state governments as well as the Federal Capital Territory.

According to Patience Oniha, the Director-General of the DMO, the country’s debt would only reach N77trillion when the Ways and Means Advances from the CBN are securitised.

Oniha said that the securitisation of the Ways and Means Advances would enable the DMO to include the debt in the public debt stock thereby improving debt transparency.

She added that the total debt stock included external and domestic debts of the Federal Government, the 36 state governments and the FCT.

“Taking into account a number of on-going activities, the total public debt stock; that is the external and domestic debts of the Federal Government, the 36 state governments and the FCT would be about N77 trillion.

“The debts that will be added to the public debt data in 2023 include the one trillion Naira Ways and Means Advances to finance the supplementary budget, which has already been approved by the National Assembly (NASS).

“It also includes N22.72 trillion Ways and Means Advances currently under the consideration by the NASS.

“The projected debt stock for May 2023 also includes N5.567 trillion, representing about 50 per cent of the new borrowing of N11.134 trillion in the 2023 Appropriation Act.

“It also includes new Promissory Notes estimated at N1.5 trillion to be issued to settle arrears of the FGN and judgement debts,” she said.

She added that estimates for new borrowings by state governments and the FCT are also included.

“From these figures, it is clear that the Ways and Means Advances of N22.72 trillion which represents funds already spent, is the largest source of the increase,” Oniha said.

Analysts describe the Ways and Means Advances as a direct engagement between the Federal Government and the apex bank, with the DMO only able to take charge after the National Assembly approves securitisation of the advances.

According to Opeoluwa Akinyemi, an economist, one way that the Federal Government sources for loan locally is borrowing from the CBN through Ways and Means.

“The advantage of this option is that the debt is serviced in Naira, which we have control over, and CBN act enables CBN to decide the interest rate which could be as little as zero interest rate,” he said.

The Minister of Finance, Budget and National Planning, Zainab Ahmed explained that when the Ways and Means gets legislative backing, it would help reduce the current interest on it to about nine per cent, while also stretching repayment period to about 40 years.

According to Ahmed, at the moment, the Ways and Means is running at interest rates averaging 18.5 per cent.

“So, once the legislative approval is given, it will benefit from a lower interest cost of nine per cent and will benefit from a stretched initiated plan of 40 years with a three- year moratorium which will provide very significant relief to the Federal Government,” she said.

Ahmed emphasised that Nigeria was not planning to restructure its debt, adding that the country was committed to meeting its domestic and external debt obligations.

She said that the government would, however, continue to utilise appropriate debt management tools to streamline the cost and risk profile in the debt portfolio.

The minister said total public debt would rise to 35.3 per cent of GDP from 22.97 per cent with the loan conversion.

“The conversion and new borrowings would also take domestic debt to 70 per cent of total public debt in 2023, from 61.1 per cent currently”, she said.

Since 2015, the total amount of money the Federal Government borrowed from the CBN, through Ways and Means Advances to meet fiscal obligation has increased substantially.

Analysts say that such financing of the Federal Government by the CBN has the effect of debasing the local currency, and could worsen inflation.

It has, thus, become imperative for the Federal Government to take aggressive measures to improve revenue generation and curb dependence on domestic and external borrowings to fund its annual budgets.

This will also require a more committed drive towards moving from deficit budgeting annually towards equilibrium and even budget surplus which the country has potential to achieve.

And, as the Buhari’s tenure winds down on May 29, Nigerians are hopeful that the next President would take revenue generation and prudent expenditure more seriously, so as to ease the country’s debt burden. (NAN)