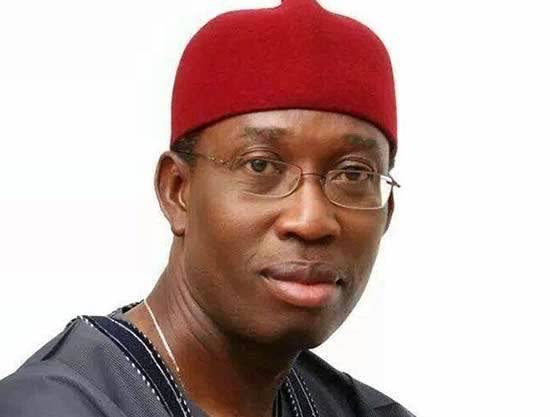 Delta State Government on Monday commenced bilateral discussions with its Ministries, Departments and Agencies (MDAs) on its proposed budget of N459 billion for the year 2023.

This is coming after the consideration of the Fiscal Strategy Paper (FSP), the Medium Term Expenditure Framework (MTEF), and other budgetary instruments by the State Executive Council (SEC).

While the Russia/Ukraine conflict has negatively affected cash flow to third-world countries, the Economic Planning Commissioner said that the inflationary trends have also affected the contractual obligations of the state government which has prompted upward reviews of projects.

‘’All of these affected the 2022 budget which has given us a sort of guide in planning the 2023 budget. We cannot run with the macroeconomic framework of 2022. We need to look at setting up another set of economic framework.

“We are looking at a production benchmark of 1.6million barrels per day in the context of ongoing vandalism, oil theft, etc…. We are looking at oil price sold at 70 USD. The average for this year is 107USD but if there is a drop, it would not be as drastic as bringing it to 57USD. So, we don’t want to be very ambitious.

‘’I am calling it indicative because this is not the final to it. We will also go back to the State Executive Council where we will debate this again and then proceed to the House of Assembly for it to be looked at.

‘’Hence, the outcome might be more or less than this. The N459.2bn that we are going to distribute is an indicative figure and will be presented to the State Executive Council as a draft document,’’ he said.

On how to raise revenue to fund the proposed budget, Pere-Gbe said there would be a drop in the government’s net financing from N46bn to N15bn to reduce the debt stock of the state by paying all outstanding loans interest elements and meet outstanding contracts.

“It is a good policy thrust for a transiting government to ensure that the debt burden is reduced greatly before handover.

“The 2023 budget will focus on more than 90 percent of outstandingly commitments and ongoing projects because we don’t want to increase the budget far beyond what the actual receipts will be,’’ he said.

Appraising the performance of the 2022 budget, Pere-Gbe said that for all the indicators from January to June (half of the year), the state has not spent beyond the plan. ‘’Delta State has received accolades for acting Budget Realism (acting within the budget)’’.

Speaking shortly after presenting the Ministry of Information proposed budget for 2023, Commissioner for Information, Charles Aniagwu, commended the Ministry of Economic Planning for their contributions towards ensuring the finishing strong agenda of Governor Ifeanyi Okowa.

“What we have come here to do today in line with what we have been doing over the years to ensure that we kick-start the process of our budget in good time so that the budget takes effect on the January 1 every year.

“We are hoping that at a point in time we are hoping to unite the operations of DBS Asaba and DBS Warri without having to lose any staff so that at the end of the day, they operate much more harmoniously rather than operating independently and not being able to give adequate information to our people.

“We are confident that in the course of time we will be able to achieve that using budgetary provisions. The governor is on the same page with us on the need to upgrade infrastructure in our media houses and we are excited and hoping that in the next couple of months we would be able to upgrade facilities at Ubulu-Uku.”

He said the Ubulu-Uku transmission station will provide the platform for the unification of DBS Warri and DBS Asaba.

“Once the unification is done, they can evacuate their signals right from their various studios in Warri and Asaba while Ubulu-Uku will serve as the point of convergence.

“When this happens, they will be able to redistribute these signals to the rest of the state and beyond,” he said.

“Ahead of 2023 we also have the intention to bring in some new blood into these media houses because for a very long time they have not recruited.

He said the role of the Ministry is to provide the policy framework for the supervision of the parastatals and to communicate perceptions about what government was doing to Deltans and then also bring back feedback from the people to the government.”

On the Government Printing Press, Aniagwu said it requires over N1.3billion to set up a digital printing press adding that government was considering establishing one where the Pointer Newspaper and other government documents could be printed for safety and reduction in cost of printing.