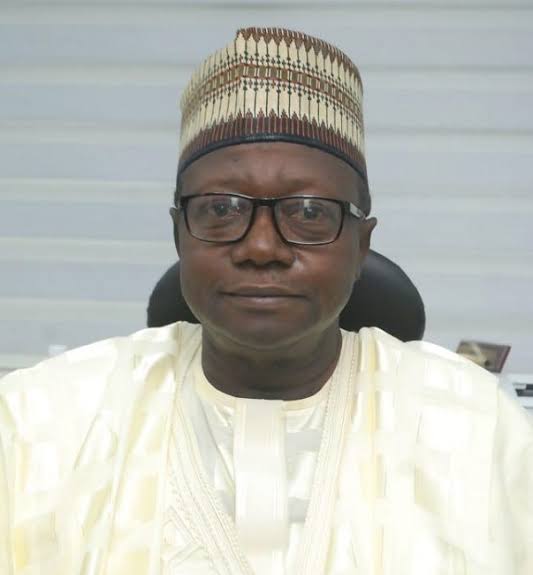 Allegations of corruption and nepotism are already trailing the National Population Commission census slated for next year as stakeholders have raised concerns and doubts over the integrity of the proposed national census with the series of accusations against the management of the Commission.

The commission as part of its preparation for the national population census had conducted a pre and trial census, and it is at the verge of recruiting and training adhoc staff who would conduct the exercise.

But the sincerity of the commission has been questioned following allegations of corrupt practices and nepotism that are currently going on as the commission prepares for the exercise.

Sources close to the commission, including a Commissioner, informed journalists that the new set of commissioners and the chairman of the Commission, Nasir Isa Kwarra, have allegedly been engaged in practices that could mar the integrity of the proposed census.

According to them, the NPC has witnessed a new chapter since the coming of Kwarra as Chairman of the commission, adding that he has always received a good working relationship from the Villa, leading to prompt release of cash upon request.

“Since he came in, in fairness to him and speaking the truth, he has the reach and a listening ear at the Villa. His coming made the release of money easy by the Federal Government which is why the commission now has lots of activities in view of the census.

“But the challenge is that the whole process has been so cabalised by the northern bloc, made up of majorly Muslims in which nobody else knows what is happening in the commission. Also, the level of corruption in the commission now has never been witnessed since the birth of NPC. The chairman and his commissioners share the money among themselves at will, while they keep little to do the job the money was meant for,” a staff of the commission alleged.

Another concerned staff revealed that the commission claimed to have spent a whopping N1.8bn to organize stakeholders meetings in the 36 states and the FCT, wondering how such an amount could be said to be spent in such an exercise.

“The chairman told the senate that he used N1.8bn to organize stakeholders’ meetings across the states. The truth is that no state received more than N10 million for that exercise, and smaller states like Ebonyi only got N3.8m for the stakeholders meeting. The money was shared among the Commissioners and some directors that are their allies.

“The obvious thing is that no state can conduct such a meeting with more than N10 million, which means that not more than N370m was spent on that stakeholders’ meetings. Let us agree without conceding that the one they organized in Abuja can take up to N100m. This is just one little example of the rot in the commission.”

These are the concerns some staff raised as the commission enters into a crucial exercise in 2023, warning that the integrity of the 2023 census data will need to be put into question since it will be virtually conducted by officers from the same section of the country, without the input of those from other zones who have not been given any role to perform.

“For example, the Director Procurement only signs contract letters that have already been processed by one Huseni Ishaku, a retired director in the commission, who is currently the Special Assistant to the Chairman of the commission, Alhaji Nasir Isa Kwarra. The director does not know how the bidding or award of contracts takes place in the commission.

“Another example is the recent employment of staff by the commission, the employees have just resumed. Huseni handled the recruitment without recourse to the Director of Human Resources of the commission. The woman’s involvement in the whole thing was signing the appointment letters which were forwarded to her by Huseni. She had no single input in the exercise.

“Being a former director in the commission, Huseni has virtually taken over the duty of all directors, whose job right now is only to endorse documents after the SA to the chairman has deliberated on. He now determines what goes on in NPC.

“The Commissioners who are all aware of the overbearing influence of the SA, cannot complain because they have also been blackmailed into submission. For example, the tenure of about five commissioners expired recently and it was said that the chairman used his contact in the Villa to get them re-appointed. He has also made others believe that he can also get them reappointed at the end of their tenure if they are loyal.

“The whole slots for the new recruitment were shared upstairs with commissioner getting five slots each, while those who are in the cabal led by the chairman got more slots,” the source revealed.

Furthermore, the source explained that the situation of things at the commission has gone worse because people are very much afraid to talk for fear of being victimized.

“Presently in NPC, if you complain, you will be pushed out. There is a serious culture of impunity as it has never been done before in the history of the commission. For example, last year around November, the Director of Census, one Mrs. Idoko was removed without doing anything wrong, she was not even queried for committing any offence, her only offence was that she tried to resist their high-handedness. She was replaced by one woman, who is now dancing to their tune. Another example is the incident that happened at General Services Department, where the chairman brought a technical staff from Katsina, who was junior to the most senior administrative person in the department, who was supposed to head the department. The rightful occupant of that department was, therefore, asked to deputize the technical staff from Katsina, who is supposed to be her junior on the job. All these things were done against the civil service rule.”

The staff also complained that the chairman has brought in serious division in the commission, with a particular section of the country occupying every position without considering national spread, which will give the commission a free acceptance by Nigerians considering the nature and importance attached to the upcoming census exercise.

“For example, the Census Manager is a northerner, also all the key administrative divisions within the census project are occupied by either the northerners or their allies. Also, all the core civil service jobs have been given out to their choice consultants as a way of moving the commission’s money.

“The truth is that the proposed national census, which is being organized under this kind of cabal and pronounced division in the NPC will never achieve its goals. Will it elicit the confidence of other stakeholders? No. The data must be put to question since there are already unattended issues raised before the conduct.

“Right now the Commission’s staff are being treated like adhoc workers. All strategic jobs like the census situation room have been given out to their cronies, who are receiving about N10, 000 a day. All these ill treatments have made the staff to reduce their commitment to the census exercise and this will in no small way affect the outcome of the exercise. This is also affecting the preparation for the census proper, ranging from the pre – test, trial census and the rest and it is not good for both the commission and the country, because the implication is that the exercise will witness a shallow and questionable data. There is urgent need for the commission to embrace change. There is also great fear that there could be sabotage of the project, which could come from within the commission, and that will not be good enough,” the aggrieved staff stated.

Reacting to the allegations and complaints, the Director of Public Affairs Department, Isiaka Yahaya, noted that the said N1.8b was spent on stakeholders’ summits which were held in all the 37 states, plus the one that was done at the Villa, adding that the money was not spent on a single meeting.

Addressing the issue, he said, “we invited high-level stakeholders, traditional rulers, including the Sultan of Sokoto, Ooni of Ife, Tor Tiv and many others, and you will agree with me that these people don’t travel light or alone. They came with a lot of people who work with them. They had to be accommodated and fed in high-class hotels, and this event replicated itself in every state of the federation where high-profile participants were invited. So, the fact is that it was not one event expenditure.

“On the employment issue, first of all, it is not the duty of the Federal Character Commission to allocate the number of people to be employed. The role of the commission is to ensure that the employee met the provision of federal character. The chairman wrote to the president for approval and the number given was what was employed, if we had issues with IPPIS, it is not about the way the employment was conducted, but simply logistics. It is not because the office of the Accountant General of the Federation refused to accept the exercise. Documentation has been completed and in fact, they have started work and the IPPIS issue will be resolved, its mere logistics.