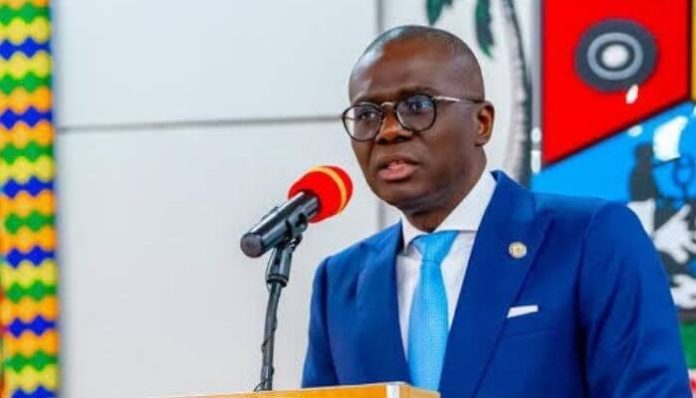 The Lagos State Government will host a summit as part of activities to prepare residents ahead of the 2023 National Population and Housing Census.

Mobolaji Ogunlende, Special Adviser to the Lagos State Government on Intergovernmental Relations, made the disclosure at a news conference in Lagos.

Ogunlende said that it became imperative for the state to host the census summit after President Muhammadu Buhari hosted national stakeholders’ summit on the 2023 National Population and Census at the State House in Abuja.

According to him, the communiqués from the 36 States are to be collated and submitted to the Federal Executive Council by December 27, for harmonization in the National Population Census Calendar.

“I am pleased to announce that Governor Babjide Sanwo-Olu has approved that the state summit holds on December 20, at the Adeyemi Bero Hall, Alausa, Ikeja.

“The goal of the summit is principally to broaden the state level support base for the 2023 census scheduled for April with the following objectives:

“To create public awareness on the conduct of the 2023 census, including its imperatives, methodology and timeliness.

“To promote a robust and informed conversation on the processes and procedures for the 2023 census.

“To solicit the cooperation and support of the state level stakeholders for the conduct of the 2023 census.

“To provide a platform to offer clarification and receive feedback and suggestion on salient issues and concerns related to the conduct of the 2023 census,” Ogunlende said .

He said that the 2023 National Population and Housing Census would be Nigeria’s first digital census.

Ogunlende said that the success of the 2023 census is crucial to the developmental growth of the Lagos.

He explained that the aforementioned data could no longer serve the critical purpose of planning for a mega city.

Salu-Hundeyin said that census data is used for policymaking, planning and evaluation, monitoring, legislation and even building of infrastructure.

She noted that with accurate data, government could solve the challenge of traffic in the state because there would be evidenced based data that would show the density of people at a particular place and time.

Salu-Hundeyin commended the Lagos State Government for being proactive and setting the pace in ensuring that the state has the best census come 2023.

“The commitment of the state government is unrivaled. We have a government in Lagos state that is so concerned about having the best census come 2023,” Hundeyin said.

She added that 80,000 ad hoc staff would be recruited in Lagos for the conduct of the census.

Salu-Hundeyin said that no nation can survive without census, which is the mother of all data.

She said that the new digital census to be deployed in 2023 would eliminate paper work.

“A tablet will be used which have the maps of all enumerated areas,” Salu-Hundeyin said.

She said that the device would make use of satellite imaging leveraging on the GPS of the area.

She said that enumerated areas would be captured digitally. (NAN)