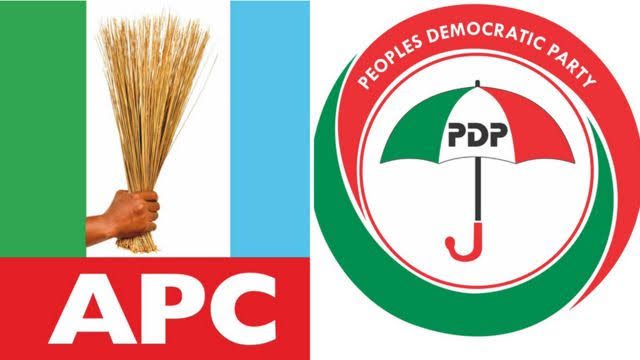 The Delta State chapter of the People’s Democratic Party has gone to court in a bid to get all candidates of the All Progressives Congress in the state for 2023 elections disqualified.

The PDP alleged that the APC in the state violated the 2022 Electoral Act.

In Suit No. FHC/ABJ/CS/1406/2022, the PDP is asking the court to interpret the combined provisions of Section 82(1), (2), (5) and (8) and other enabling laws on its behalf and to interrogate the actions and inactions of APC in relations to notices served on INEC for its congress and primaries.

An aide of Delta State Governor on communications, Fred Oghenesivbe, while shedding light on the suit said the infraction by the APC was a deliberate disregard for relevant sections of the Electoral Act 2022, noting that its refusal to adhere strictly to stipulated requirements and time frame for the conduct of party congress should not be swept under the carpet.

“The legal infractions committed by the APC have now been subjected to legal interpretations and foreseeable consequential orders via a lawsuit filed at the Federal High Court Abuja, by the PDP.

“The Plaintiff is praying the court to compel the Independent National Electoral Commission not to recognise all the candidates of the APC in Delta State, for the purpose of 2023 general elections, and to invalidate their candidacy.

“PDP is also praying the court to declare as null and void and of no effect whatsoever, the candidacy of Senator Ovie Omo-Agege, the governorship candidate, Chief Ede Dafinone for Senate, Senator Peter Nwaoboshi for Senate, Hon Waive Ejiroghene Francis for House of Representatives and all other candidates of the party standing for elections in 2023.

“The dates such notices were received, and whether or not APC complied with the periods specifically stated in the aforementioned sections of the Electoral Act 2022; and if not, to declare the congress, primaries and candidacy of all APC candidates in Delta State, null and void and of no effect whatsoever, and to expunge APC logo from 2023 ballot papers in the State.”

However, the APC through its Publicity Secretary in the state, Valentine Onojeghuo, described the PDP as an unserious party that is seeking to reap where it has not sowed anything. He noted that the suit was dead on arrival. He added that Delta State was not Zamfara or Rivers.

“This suit by the Delta State PDP is dead on arrival because it is an exercise in futility for a drowning political party that is clutching at straws.

“In the first place, the APC fully complied with the provisions of the extant Electoral Act regarding the issuance of the relevant notices regarding the conduct of our party primary. So we have nothing to fear as far as we are concerned. They want to reap where they have not sown. Delta State is not Zamfara. It is not Rivers where you can just sweep everybody out of elections,” he said.

The APC chieftain scoffed at the efforts by the PDP saying going by the provisions of the 1999 Constitution, the APC was confident that the case will not see the light of the day.