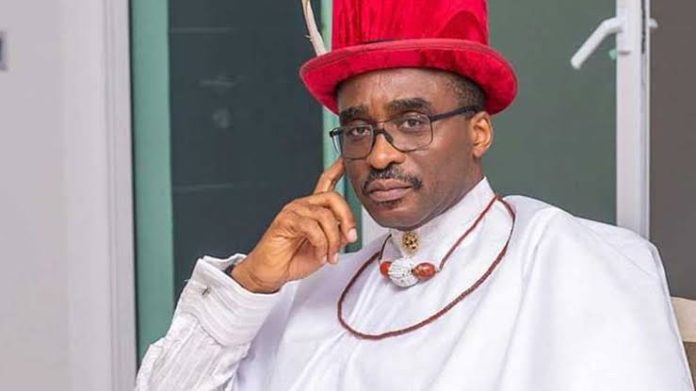 Top chieftains of the Delta State Peoples Democratic Party, in Delta South Senatorial District, have affirmed their support for Olorogun David Edevbie as the candidate of the party for the 2023 Governorship election and called on Deltans to join his Modernisation Movement. The party chieftains argued that Edevbie’s Modernization Agenda represents the best ideas for the development and growth of the state.

The party leaders comprising past Speakers of the State House of Assembly, Commissioners, Local Government chairmen, party executives and councillors converged in Warri on Wednesday for the inauguration of the Delta South chapter of the Delta Unity Group.

Declaring their belief in Edevbie’s qualities and competence to transform the state, they called on the leaders and members of the party across the state to close ranks for a united front towards ensuring the total victory of the PDP in the 2023 elections.

The group which said they are also fully committed to the victory of Atiku Abubakar and Governor Ifeanyi in the Presidential election, dismissed insinuations that the division among members over the court dispute between Edevbie and Sheriff Oborevwori for the candidacy of the PDP would affect the outing of the party in the state governorship elections.

At the meeting hosted by Hon Daniel Reyenieju, former member of the House of Representatives, in his Ugbuwangue, Warri residence, the group explained that beside their conviction about Edevbie’s abiluty to transform Delta State, their support is backed by law in view of the subsisting order of court declaring him the lawful candidate of the party.

Speaking with the media after the meeting, former Chairman of Isoko South LGA and former Delta ALGON Chairman, Malik Ikpokpo, said the PDP is one big family and the Delta Unity Group believes that all members will stand behind the candidate with the final judgement of the courts.

“The Delta Unity Group supports Olorogun David Edevbie because we believe in his capacity and the court has said he is the lawful candidate of the party. It cannot be any other way. We recognise that there is a pending appeal but we regard the dispute as an internal matter. The PDP is one big family. At the end we shall all queue behind the candidate that gets the final judgement of court and we have no doubt that it will be Olorogun David Edevbie.”

Speaking in the same vein, former Speaker of the State House of Assembly, Rt Hon Basil Ganagana, said the group is on a mission to unite and stabilise the party to forestall the possibility of the opposition taking advantage of the candidature conflict to make any inroads into the state.

They said the group is poised to drive the process of reconciliation and unity of the party down the grassroots and through all the wards and voting units of the state.

State executive members of the group, who are former Speakers of the State Assembly, Rt Hon Peter Onwusanya and Rt Hon Monday Igbuya, who were in solidarity attendance to inaugurate the Delta South chapter of the DUG, extolled the qualities of Edevbie, saying with his performances as Commissioner of Finance under Chief James Ibori and Dr Ifeanyi Okowa, “he is a bundle of innovative ideas and solutions, an asset that the party should be proud to flaunt to win it the Governorship election and heighten the development of the state.

“Edevbie is an economic stabiliser. As Commissioner under Chief Ibori, he ensured the financial stability of the state by providing expert solutions at various times. That underscored the performance of that regime. Into Governor Okowa’s first tenure, he stabilised the government too. If he was still the commissioner you can be sure that the government would not have been engaging in this spate of borrowings that we are hearing about now. He would have provided better fiscal solutions,” Igbuya said.