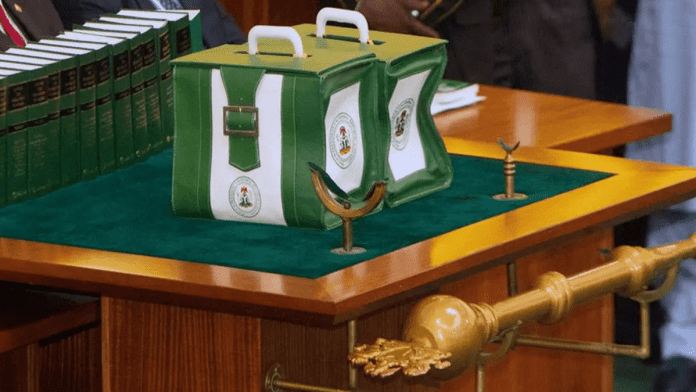 President Muhammadu Buhari, penultimate Friday presented the 2023 Appropriation Bill and its details to the National Assembly. Budget presentation usually discloses the planned income and expenditure and accompanying fiscal, monetary and other policy frameworks for the New Year. This discourse reviews the key components of the proposed 2023 federal budget and what it holds for the economic position of Nigeria. It seeks to answer the question: of whether the estimates are realistic and achievable in the light of official economic data and previous macroeconomic performance.

The underlying macroeconomic projections are the oil price benchmark of $70 per barrel; daily oil production estimate of 1.69 million barrels (inclusive of condensates of 300,000 to 400,000 barrels per day); and exchange rate of N435.57 per US Dollar.

The oil price benchmark and oil production (mbpd) are provided at a time Nigerian National Petroleum Company has become a limited liability company and is no longer under obligation to simply sell crude oil and remit the proceeds to the Federation Account for sharing by the three tiers of government. The implication is that it can only remit profits at the end of a year or at agreed intervals. It is acknowledged that the quantum and price of crude oil are very important considerations in the profitability of NNPC Limited. However, the most important consideration is that the profit is not necessarily tied to the price of crude. The company will pay for investments and other business outgoings before it can return a profit. Furthermore, not all profit will be distributed as dividends as the company will be entitled to retain some part of it for future investments.

The Naira has been depreciating due to low oil sales and revenue, capital flight, restrictive policies. Nigeria’s multiple exchange rates demand action for harmonisation and convergence or at least, steps towards harmonisation. The Parallel Market hovers around N735; Investors and Exporters window is about N434 while the 2023 budget proposal is N435.57. This creates room for rent-seeking and arbitrage. The budget exchange rate projection is a flight of fancy and not grounded on reality.

The proposal is for a total expenditure of N20.5tn. To fund the expenditure is total available revenue of N9.73tn including the retained revenue of 63 Government Owned Enterprises estimated at N2.42tn. This creates a deficit of N10.78tn representing 4.78% of estimated GDP and this is above the 3% threshold set by the Fiscal Responsibility Act 2007. The deficit is to be met by new borrowings totalling N8.80tn, N206.18bn from Privatisation Proceeds and N1.77tn drawdown on bilateral/multilateral loans secured for specific development projects. In essence, the projected actual revenue is 47.5% of expenditure while the deficit funding is 52.5% of expenditure. What is the implication of this projection for our debt reality?

The Federal Government may need to borrow more than projected in 2023 because of two major reasons.

The first is that the asset to be privatised has not been specifically identified and privatisation proceeds have been a funding item in previous budgets without any accruing revenue. The second is the perennial poor performance of revenue estimates. As at 31st July 2022, the Federal Government’s retained revenue was N3.66tn, excluding the revenue of GOEs, a mere 63% of target. There is no guarantee that the revenue projection of N9.73tn will be met.

The expenditure proposal is made up of statutory transfers of N744.11bn; non-debt recurrent costs of N8.27tn including personnel costs of N4.99tn, pensions, gratuities and retirees’ benefits of N854.8bn; overheads of N1.11tn. Also, capital expenditure projection is N5.35tn, including the capital component of statutory transfers; debt service of N6.31tn; and sinking fund of N247.73bn to retire certain maturing bonds.

“It is disgusting to note that many Nigerians who have abused their office and helped themselves with public funds hold national awards. A feature of the award that detracts from its nobility is that some of the awards are earned by reputation or as an entitlement”

Thus, at N6.55tn, debt/sinking funds is the highest expenditure head. If 2022’s actual revenue accrual is used as a benchmark (just N3.66tn retained revenue in July), the whole retained revenue may be dedicated to debt service in 2023. When the proposed new borrowing is juxtaposed with capital expenditure, it shows that the Federal Government is not borrowing to fund capital expenditure but also to service debts and pay salaries. This is contrary to the provisions of the Fiscal Responsibility Act.

The framework of the 2023 budget proposal shows that the Federal Government has given up on critical reforms it needs to make. The reform is on fuel subsidy. The first component is that the Federal Government was expected to conduct an open and transparent public inquiry to determine the actual PMS consumption, on the basis of which a final subsidy decision will be made.

There is prima facie evidence to indicate that the figures churned out by NNPC Limited are inflated. The second component is a phased withdrawal of fuel subsidy after certifying the actual fuel consumption. But the Federal Government has shied away from this critical reform. Furthermore, the Federal Government was expected to take targeted, concrete and deliberate steps to tackle oil theft. Again, it has thrown its hands in the air considering the less than 2mbpd oil production estimate.

There is no documentation showing evidence of compliance with the provisions of the FRA on these tax expenditures. There is no evidence of an evaluation of their budgetary and financial implications in the years they were granted and in the three subsequent years. These expenditures adversely impaired the revenue estimates and there were no countervailing measures through revenue increases, etc.

It is therefore recommended that the FRA should be amended in the Finance Act 2022 to remove the power to grant tax expenditures from the Minister or the Executive and only place a duty on the Executive to document the recommendations, proposals and justification for tax expenditure subject to the approval of the legislature. Also, tax expenditures should be capped at not more than 10% of projected revenue every year or within the medium term.
It is not too late to adopt the above reforms and thereby drastically reduce the deficit and make the budget more realistic. Otherwise, the 2023 budget appears dead on arrival.