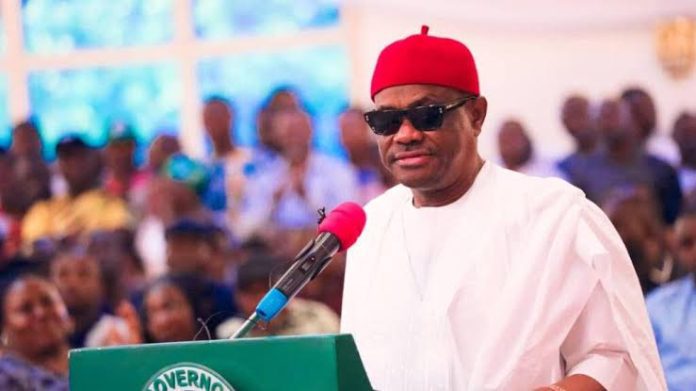 Governor Nyesom Wike of Rivers State, on Wednesday, boycotted the official inauguration of the Presidential Campaign Council of the People’s Democratic Party.

Governors in the camp of the Rivers Governor, including Samuel Ortom of Benue; Seyi Makinde of Oyo; Ifeanyi Ugwuanyi of Enugu; and Okezie Ikpeazu of Abia State, also boycotted the event.

Though loyalists of the Presidential Candidate of the party, Atiku Abubakar, attended the inauguration, which was held at the International Conference Centre, Abuja, in their numbers, the absence of the Wike bloc was obviously felt.

Many party leaders who aligned with Wike’s cause were also absent, signaling a shaky start for the PDP presidential campaign.

Wike’s camp is insisting that, in line with an earlier agreement, the National Chairman of the PDP, Iyorchia Ayu, must resign.

In another development, a factional governorship candidate of the PDP in Ogun State, Otunba Segun Showunmi, has urged his supporters not to worry about the judgement of a Federal High Court, Abeokuta which on Tuesday nullified the primary elections conducted by Oladipupo Adebutu’s controlled camp of the party.

Showunmi, while reacting to the court judgement described it as another bold move to strengthen democratic ideals and ensure that the choice of party’s candidates was not handpicked by just a few but by larger party members eligible to do that under the electoral act.

Showunmi said that the judgement however has nothing to do with the lawsuit he had instituted against the party in the state seeking the dissolution of the leadership of the party while also asking the court to bar them from conducting the 2023 primaries over allegations of bias.

The High Court sitting at Abeokuta had dismissed the case for lacking in jurisdiction but an Abuja Appeal Court had ordered the case be heard on merit.

Showunmi, while urging his followers to keep hope alive and never stop mobilising support for the victory of PDP both at the at the state and national levels, revealed that he was very sure that the court will soon serve the much awaited justice as he remains sincerely set to redefine governance in the state

The former spokesman to PDP presidential candidate, Atiku Abubakar, said he is now the party’s governorship candidate for the state

It would be recalled that three members of the party, Taiwo Olabode Idris, Kehinde Akala and Ayinde Monsuri had dragged the party, Adebutu and the Independent National Electoral Commission to court challenging the authenticity of the delegates’ lists used

Giving his judgement on Tuesday, Justice O.O Oguntoyinbo annulled all the PDP primaries election and ordered the party to conduct another primary within the next 14 days.

The court also barred INEC from recognizing Adebutu as the governorship candidate of the party in the state.