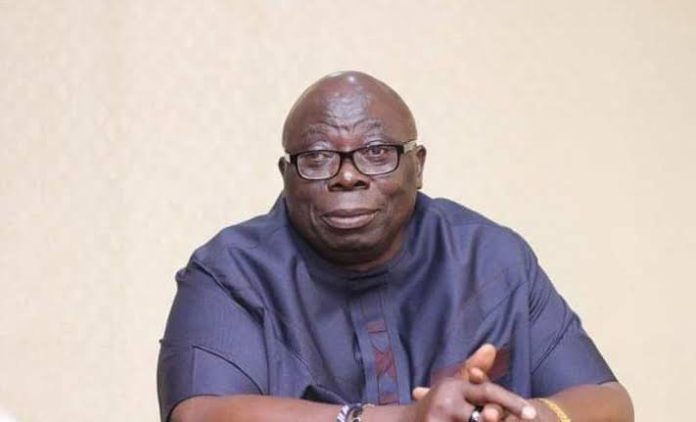 IT is with great pains that I air my opinion on this issue of  Muslim-Muslim ticket in Nigeria.

Away from party and political interests, let us take a retrospective look at the idea.

What the proponents of such a disastrous act are aiming is to further divide this country along our fault lines. What they are doing is against the constitution of the Federal Republic of Nigeria.

When you look at Section 15 of our constitution sub section 1, it talks about what the political objective of a political party should be. It directly defines the agreement of our co-existent that is unity, peace and progress.

It stipulates that national integration should be the pivot of our existence as a nation and discrimination based on any sort such as religion, ethnicity, language, sex etc should be prohibition

Now, if you go down to 3 part of that subsection, you will realise that the constitution mandates the state to pursue national integrity by the establishment of association or functions that cut across religion, language, ethnic and other barriers.

The choice of  same faith ticket by the APC is a clear indication of the level of disregard the party has for certain regions and tribes of this nation.

APC is party that has over the last seven years divided us along ethnic lines, using the instrument of nepotism, sectionalism and religion in determining who gets what, when and how.

The desperation for power in 2015 led us to where we are now. Seven years after, we are faced with another desperate leader who has chosen his personal ambition above the peace and stability of this nation, disregarding other tribes. I believe other tribes will also disregard him with their PVCs on the day of election

Never in the history of Nigeria’s leadership recruitment process has any aspiring leader demonstrated this level of desperation , despising the calls of well-meaning Nigerians and the agitation of the youths. They still went ahead to present the idea. This shows great disregard for the people you want to lead and disregard for the constitution which is our symbol as a nation. It clearly shows a leader who has chosen his personal ambition and ego over the collective voices of  Nigerians.

Even in the military era, they was a balance between the Head of State and his vice. It has always been a balance among the different religions. Why this? Why now? Yes, we’re one Nigeria but diverse in nature and the respect of that diversity should be the ultimate goal of everyone if this country must remain united.

So, today, I join my voice with the other great voices of Nigeria who have publicly come out to condemn the idea. I say no to a Muslim-Muslim ticket or same faith ticket because those pushing for it don’t mean well for this country and it citizens. Those who are saying religion doesn’t matter are not saying the truth. In our current state in this country, religion matters so much because the last few years have witnessed heavy attacks on people of a particular religion. They include  mass killings,  kidnapping of clerics and other forms of attack. Religion matters a lot now.

So, I call on all Nigerians to team up and frustrate  every idea that will cause religious crises. Peace, unity and togetherness should be the pivot of every leadership aspirations. And it should be demonstrated in words and  actions.

Need for competent leaders in 2023 elections

The arbitrage bazaar is back again