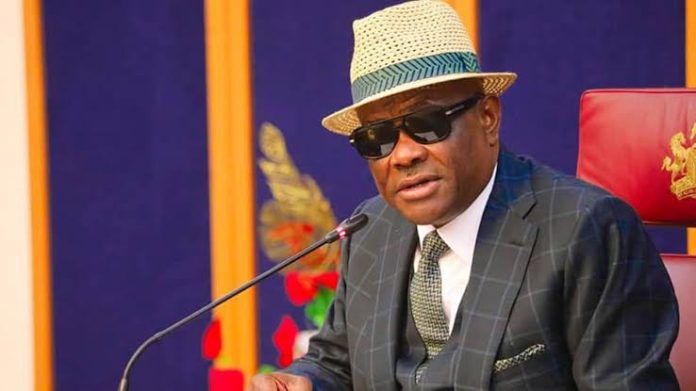 Ahead of the 2023 general elections, Rivers State Governor, Nyesom Wike, on Monday, pledged to provide “logistics support” for the campaigns of the presidential candidate of the New Nigeria People’s Party, Rabiu Kwankwaso, within the state. Last week, he made a similar promise to the Labour Party’s presidential candidate, Peter Obi, when he also visited the state to commission another project.

Kwankwaso had gone to Rivers on the invitation of Wike to inaugurate the Mgbutanwo Internal Roads in the Emohua Local Government Area of the state. Governor Wike is a chieftain of the Peoples Democratic Party and described Kwankwaso as a man of integrity who meant well for Nigeria.

Wike has been inviting sundry personalities from other parties to come and inaugurate projects in the state. He said Kano remains a very strategic state for the victory of PDP in the 2023 presidential election that will hold on 25 of February next year, but regretted that all his entreaties and appeals to PDP stalwarts not to let Kwankwaso go, were not heeded. He revealed that he persuaded Kwankwaso not to dump the PDP earlier in March but enemies within the party pushed him out. Wike added that the former governor of Kano State has what is required to put Nigeria together, saying it is unfortunate that they are no longer in the same party.

“You are a man of integrity. It is unfortunate we are not in the same party but God will help at the appropriate time. People like this are people that should talk about the leadership of the country. I have no apologies to make to anybody. I said it to Peter Obi when he came and I also want to tell you that if you are coming for campaign here, I will give you the logistics support to campaign. You are a former governor and a former minister, so why will I not accord you all the necessary support? I am not afraid to say I will give you all the logistics support.

“These are people who mean well for this country. You are not preaching ethnicity or religion; you are selling yourself to Nigerians based on what you can do.”

He told the NNPP candidate to remember Rivers people if he wins, saying the Integrity Group will continue to support whatever is right and help the country. Kwankwaso was accompanied to Rivers State by his running mate, Isaac Idahosa as well as NNPP chieftain, Buba Galadima.

For months, Wike and four other PDP governors formerly known as the G5,but now called the Integrity Group, have demanded the resignation of Iyorchia Ayu as PDP national chairman as a precondition to support the party’s presidential candidate, Atiku Abubakar. While Wike and his allies have not been seen to campaign for Atiku, it is not clear whether they will support Kwankwaso, Obi, or Bola Tinubu of the All Progressives Congress (APC) in the contest for Aso Rock’s top job which has been described by analysts and keen observers as a three-horse race.

Kano, with over 1.8 million votes – the highest number of voters in the 2019 presidential election, has recently witnessed mass defections between the APC, the PDP and the NNPP amid intense permutations for the 2023 general elections.