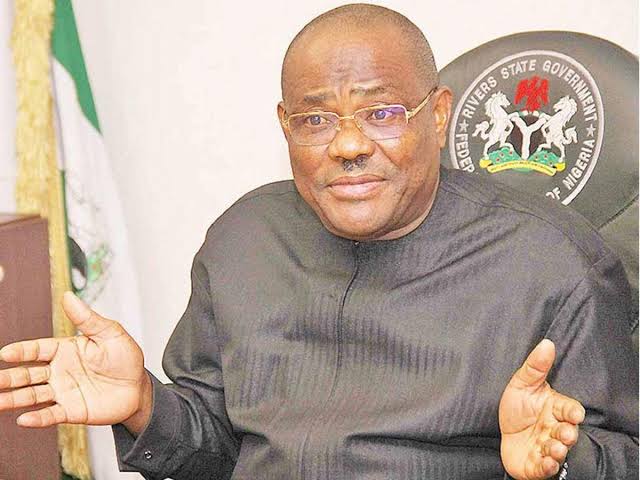 In Rivers State, the prospect of a governor of ‘riverine extraction’ come 2023 is brighter than ever. This has been made possible by the fact that the two major political parties, the ruling All Progressives Congress and the main opposition People’s Democratic Party both chose their governorship candidates from the ‘riverine’ area. The state has been dominated by the section called the ‘upland’ since the return of democratic rule in 1999.

For the PDP, which has ruled the state since 1999 and is currently in power, a former accountant-general with the state government, Siminialayi Fubara, emerged as the governorship candidate? He hails from Opobo Town in Opobo/Nkoro Local Government Area of the state.

In the primary election held in May at the Obi Wali Conference Centre, Port Harcourt, Fubara polled 721 votes to beat the other governorship aspirants that contested for the primary election. Isaac Kamalu from Eleme polled 86 votes to finish a distant second while Alabo Dakorinama George-Kelly and Tammy Danagogo came third and fourth with 37 votes and 36 votes respectively.

In the case of the APC, Tonye Dele Cole emerged as the governorship candidate for the 2023 election. Cole was declared the winner in the primaries of the party at the Adokiye Amiesimaka Stadium in Omagwa, Rivers State after polling 986 out of 1308 votes. The scores were: Tonye Cole – 986 votes, Ojukaye Flag-Amachree – 190, Sokonte Davies – 49, Micheal West – 43, Bernard Mikko – 2, and Magnus Abe -1 vote.

In fact, Tonye was a product of consensus and the primary was a mere formality. The APC even went further to explain the choice of Tonye, a successful businessman, as its candidate for the coming election. The party said it was in line with its earlier promise to support the ‘riverine extraction’ after 24 years of rulership by the ‘upland extraction.’

The party’s State Publicity Secretary, Chris Finebone, explained in an April 25 statement made available to newsmen that “Firstly, it must be stated that the leadership of Rivers State Chapter of APC consisting of 19 leaders met last Friday and chose a consensus aspirant of ‘riverine extraction’ to contest the governorship primaries for the 2023 elections.”

“Recall that the party is still committed to its earlier position to support the emergence of a governor of riverine extraction after 24 years of upland governorship.”

The only exception, and which has been regarded as not a major threat is the former Senator representing Rivers East, Magnus Abe. Abe, who is from Ogoni, an area considered to be ‘upland’, sensed that the APC was fully committed to picking its candidate from the ‘riverine side’ and so quickly withdrew from the race a day before it took place and later emerged as the candidate of the Social Democratic Party.

Abe’s emergence in July came at the conclusion of SDP’s substitution primary held in Port Harcourt, the state capital. At the end of the exercise, SDP’s Substitution Electoral Committee Chairman, Muhammed Ibrahim, who declared Abe as the winner of the election having polled 30 votes, said, “Today, we have elected a credible candidate for the governorship election in Rivers state. Let me thank all of you for conducting yourselves peacefully and for electing a very popular candidate in the person of distinguished Senator Magnus Abe as the governorship candidate of the party for Rivers state.”

The Point gathered that it would be the most eloquent political statement about fairness and equity in the last 24 years in the state if by May 29, next year, any of the candidates of the two major parties should emerge the winner. They frowned at the insistence of Abe on running when he knew that the clamour for a power shift has been on the front burner in the last 12 years.

Ken Robison, spokesman for Concerned Citizens of Rivers State, a political pressure group, that not only kicked against zoning the 2023 governorship position to the Ogoni ethnic nationality but agitated that it be ceded to the ‘riverine area’, described it emergence of the parties’ candidates from the ‘riverine area’ as “good development.”

Robison, who is also the spokesperson of the Pan Niger Delta Forum, told The Point that the prospect of a governor of Rivers State from the area after 24 years is simply exhilarating and that they are patiently and prayerfully waiting for it to come to pass.

He disclosed that the power configuration in the state was such that before 1999, the ‘riverine area’ has all it takes to continue to rule the state for as long as it wanted but some patriotic political figures from the area actually felt that power should be allowed to go to the ‘upland’ and so supported Peter Odili, against their own sons just for the sake of fairness and equity.

“During the transition programme, some riverine politicians threw up Dr. Peter Odili, who was Deputy to late Chief Rufus Ada George and supported him against their own sons. Then we were told that there was an understanding that after eight years power would rotate back to the ‘riverine area’. Unfortunately, that understanding was discarded and replaced by the ugly narrative that there was never a ‘riverine, upland dichotomy’ in Rivers politics and that it is only one state and all that. Of course, Odili had his eight years, then Rotimi Amaechi another eight years and now we have Governor Nyesom Wike.

“In 2014, we all rose up and clamoured vehemently for power to shift to the ‘riverine area’. But then there was this argument that President Goodluck Jonathan, being an Ijaw man and contesting the Presidency, should be allowed to do so and if that is the case then a ‘riverine area’ person cannot be the governor of Rivers State at least to give others the chance. That was what threw up Governor Nyesom Wike. Of course, some of us agreed for the sake of our brother who was the Presidential candidate of the PDP then,” he explained.

DIVINE ARRANGEMENT
Robinson attributed the current development to divine intervention. He said it probably could have been scuttled again had it not been that the leaders in the two major parties in the state were not running to become the president of the country in 2023.

He argued that once both Wike and Amaechi of PDP and APC respectively were involved in their bid to be president, it became difficult for them to say they want to stick out their neck for a governorship candidate from the ‘upland’ like them because it would be difficult to convince the people of the ‘riverine area’ to accept such a proposal.

“What has happened now, particularly for the PDP and Barrister Wike is that it was a divine arrangement because he was running for the presidency. The same thing with the APC in the state, Amaechi was also running for the presidency. And so there was no way they could have supported any ‘upland’ aspirant to take over from them. So, I think circumstances and situations worked in our favour. So, we are elated by the development, we are looking forward to any of the candidates emerging because the two major parties now have candidates from the ‘riverine area’.

The PDP candidate, Fubara, described his emergence as “grace at work”. He said during his acceptance speech that it was a victory for the party and moving the state forward. He promised to consolidate the work of the present administration led by Governor Wike.

The case of Fubara actually stood out conspicuously as he is said to represent an area of the state that has never produced a governor since it was created in 1967.

A chieftain of the party who spoke to The Point on condition of anonymity said he choice was hitting the Bull’s eye by the ruling party for nominating “a technocrat” who enjoys enormous support from all and sundry on the basis of competence, focus and diligence, saying that it is increasingly looking like a done deal for the party. But he was quick to warn that Rivers voters are not rigid and their decision during election time can be very volatile.

“What is going on for Fubara are many. He is a technocrat, focused, diligent and humble or gentle if you like. The people sure would want to vote into power a man that is capable not because he has been a very popular politician, but because he will deploy his knowledge in solving critical challenges facing the state and the people. Secondly, once you enjoy the support of your incumbent governor, you are as near the office as a stretch of your hand. And he enjoys that enormously. He hails from the minority Opobo community in Rivers Southeast senatorial zone that has not produced a governor of the state since it was created in 1967.

“He may not be popular within the circles of politics in the state, having been a civil servant all his adult life, but his choice by the party ably led by the Governor will be very satisfying to the yearnings of the Ijaw and riverine socio-political belt of the state that have been clamouring for power to return to them since they last had it in 1993.”

The obviously now elated political pressure group, Concerned Citizens of Rivers State, had mounted a massive campaign against alleged plans to zone the 2023 governorship position to the Ogoni ethnic nationality in 2023.

The group argued that giving upland another tenure through the Ogoni would mean upland would be having an unbroken 32 years at the governorship seat without any consideration for the ‘riverine area’.

It argued that the founding fathers of the state took cognizance of the ‘upland and riverine arrangement’ as a natural political divide in the state.

“The issue of ‘riverine and upland’ is like Nigeria’s political distinction of North and South that cannot be wished away even with the structural creation of six geopolitical zones.

“Consequently, even as we seek to de-emphasise our diversity, it should be noted that this political reality has sustained peace and unity in Rivers State. To ignore it is to perpetuate injustice, increase tension and agitation, and exacerbate distrust and acrimony in the state,” had argued.