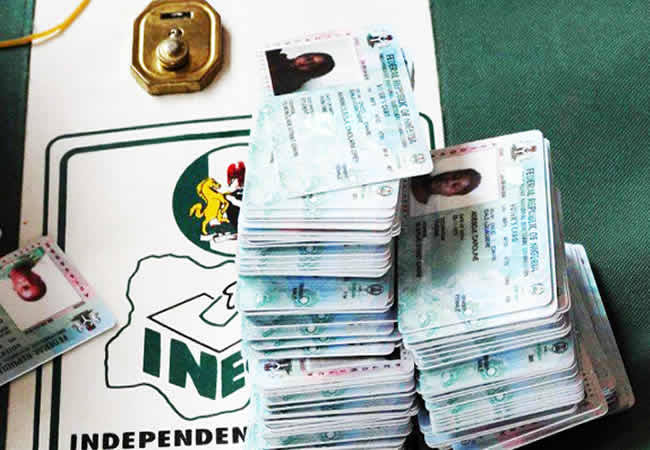 Mrs. Olufunmike Segun-Osifeso, head of INEC’s Voter Education, Publicity, Gender and Civil Society Organisations in the state made the declaration when she spoke with the News Agency of Nigeria.

“A lot of youths and women have been collecting their cards since the collection moved to the ward level more than two weeks ago,’’ She said.

She attributed the faster rate of collection to INEC’s sensitisation programme which involved youths and women.

She said INEC had also created an Inclusivity Department to make for easier collection of the cards by the physically challenged.

“Large numbers of people with disability are now involved in the electoral process, the result of efforts by INEC for inclusivity,’’ she added.

Segun-Osifeso urged potential voters yet to collect their PVCs to expedite action and collect the cards.

She noted that those who engaged in double registration might not have any card to collect.

“Segun-Osifeso appealed to those yet to collect their PVCs to hurry and do so, now that the cards were being distributed at the ward level.

She stressed that after Sunday, the cards would be taken to INEC offices at local government secretariats for onward distribution. (NAN)