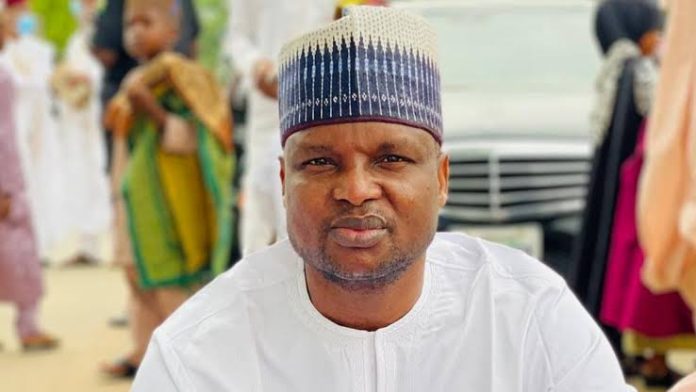 Suspended deputy commissioner of police, Abba Kyari, has challenged the powers of the National Drug Law Enforcement Agency to prosecute him.

Kyari is standing trial alongside four members of his team — Sunday Ubia, Bawa James, Simon Agirigba, and John Nuhu — on an eight-count charge of drug trafficking.

At the proceedings on Wednesday, Kyari, through his lawyer, Nureni Jimoh, submitted that the charge against him was legally defective.

He said the charge was premature, adding that the NDLEA ought to have allowed police to exhaust its investigation and internal disciplinary action before instituting a suit against him.

He told the court that the police had already commenced investigating allegations against him and issued an interim report.

Kyari further argued that the Police Service Commission has similar powers to investigate and discipline erring police officers in line with the Police Act and regulations, the same way the National Judicial Council disciplines judicial officers.

Consequently, he urged the court to quash the charge and discharge him.

Other defendants aligned themselves with Kyari’s submissions and prayed the court to quash their charges.

But responding, Sunday Joseph, NDLEA counsel, said the defendants’ preliminary objections are based on a fundamental misconception of the law.

In a counter-affidavit it filed before the court, NDLEA argued that what is before the court is a criminal case for the violation of laws and not a disciplinary action for the infringement of police service rules.

Joseph told the court that, unlike the Armed Forces Act that makes provision for the establishment of a court martial to try erring officers, the Police Act expressly states that police officers are not exempted from any criminal liability under the law.

“It was police itself that brought this matter to us, knowing that it has no power to handle cases that fall under the NDLEA Act,” the agency said.

“Powers of police do not include selling of hard drugs that were seized. That is what we classify as tampering and that is the charge the defendants are facing before this court.

“It is the Police Act itself that says that police officers can be charged. The first defendant, Kyari, was even on suspension when he committed the offence.

“The applicants have not by way of an affidavit or legal argument, established any condition precedent required for the filing of this charge. To that extent, their application must fail as it is misconceived and bereft of any legal or factual structure.

“We urge my lord to dismiss the application and proceed to hear the matter.”

After he had listened to both parties, Emeka Nwite, the presiding judge, adjourned the matter till March 22 for ruling.