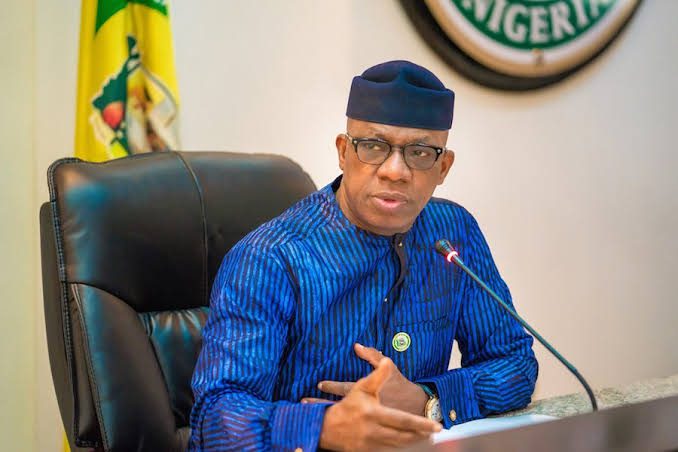 The Ogun State governor, Dapo Abiodun, says his administration will continue to introduce programmes and policies that will ensure individual prosperity of the people of the state.

The governor added that his administration will continue to leave up to its vision of providing an enabling environment for enterprises to flourish in the state.

Abiodun made these known at the June 12 Cultural Center, Abeokuta, when he received leaders and members of the Union of Tipper and Quarry of Nigeria, Plank Seller Association and Tricycle Owners Association of Nigeria, on Friday.

The governor while noting that his administration has also begun to plant thousands of trees in the forest reserves across the state, added that the Special Agro-Industrial Processing Zone situated within the Agro Cargo Airport will avail plank dealers in the state an opportunity to supply planks for furniture manufacturers that would berth in the zone

Abiodun, while noting that his administration was also looking to strengthen the entire timber value chain from the timber to the plant and furniture production, disclosed that the plank dealers in the state will be contracted to supply planks for the housing units being constructed in the state.

The governor who also assured the associations of more support, assured that his administration at the executive council level will look at other issues raised by them.

While calling on members of the associations to go all out and get their Permanent Voter’s Cards,.urged them to vote the All Progressives Congress during the general elections.

In their remarks, the state chairmen of the Union of Tipper and Quarry of Nigeria, the Plank Seller Association and Tricycle Owners Association of Nigeria, Taiwo Oyeneye, Gbenga Marouf Faleye and Kehinde Talubi, respectively, thanked the governor for making the business environment in the state conducive for them, disclosing that they were in support of the second term ambition of the Governor.