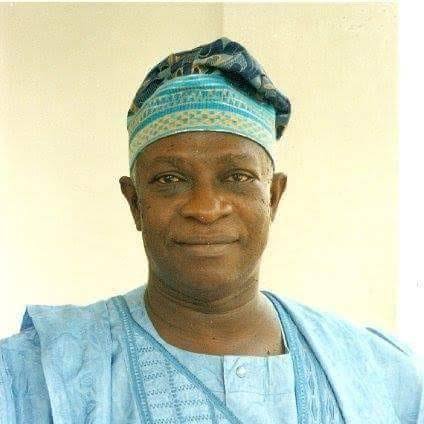 The Ogun State governor, Dapo Abiodun, has expressed condolences over the death of a former Chief of Staff to late President Umaru Yar’adua, Gbolade Osinowo.

Osinowo, who was one of the closest associates of former President Olusegun Obasanjo, died on Thursday at the age of 73.

Abiodun in a condolence statement by his Chief Press Secretary, Kunle Somorin, on Friday, described the death of the late Odofin of Ijebu Igbo, as another loss, not only to Ogun State but Nigeria.

He said the deep and wide political experience of the former Special Adviser (Politics) to Obasanjo, will be sorely missed.

According to the governor, late Osinowo lived a life of service, dedication to the development of his immediate community and the state.

Abiodun added that the consummate politician will be remembered for his brand of politics, which was rancour free and devoid of bitterness.

While noting that Osinowo left the stage when his experience would be mostly needed as a guiding compass by the youth and contemporary politicians, the governor stressed that the legacies left behind by the Ijebu-born community leader will stand a test of time.

He said that the people of Ogun State will continue to remember late Osinowo as one of the finest public administrators and thorough bred politicians whose life reflected peace and love for the mankind.

Abiodun, however, prayed that the soul of the deceased rest in peace, and urged his family members as well as associates not to grief for the departed, but find solace in the fact that Baba Osinowo lived a life worthy of emulation.

Osinowo was one of the closest associates of former President Olusegun Obasanjo.

He was his Senior Special Adviser (Politics) and also served as Chief of Staff to late President Umaru Yar’Adua.

He was the Secretary of the Board of Trustees of the African Democratic Congress, when Obasanjo’s Coalition for Nigeria Movement adopted the Party.

Osinowo was a quintessential politician, an illustrious son of Ijebu-Igbo, in Ogun State, who impacted positively on everyone he met on the way.