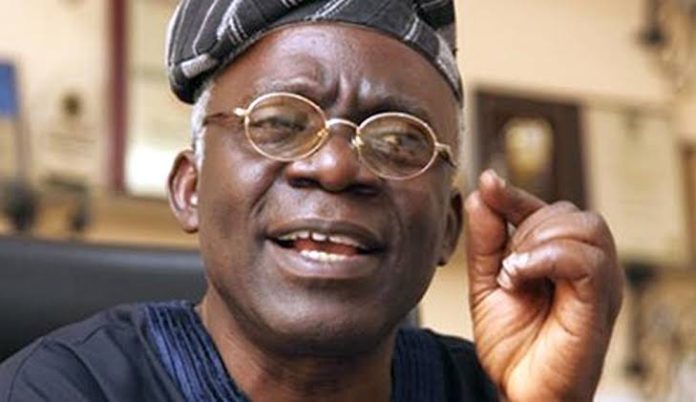 Of recent, some serving and former public officers and their spouses have been using the police and other security agencies to intimidate journalists, students and other citizens for daring to expose them for engaging in corrupt practices and abuse of power. In spite of the several judgments of domestic and regional courts which have upheld the fundamental right of Nigerian citizens to freedom of expression, the anti-democratic elements have been behaving like the former British colonial officials.

Since the Attorney-General of the Federation and State Attorneys-General have failed to restrain the law enforcement agencies from being used to harass the critics of public officers and their spouses, it has become necessary to remind the Federal Government of its legal obligation to defend and protect the fundamental rights of the Nigerian people including the right to freedom of expression guaranteed by section 36 of the Constitution and Article 9 of the African Charter on Human and Peoples Rights (Ratification and Enforcement) Act, Cap A9, Laws of the Federation of Nigeria, 2004.

As far back as I983, the then Federal Court of Appeal had prohibited public officers from using the machinery of the State to silence critics. In the case of Arthur Nwankwo v. The State (1985) 6 NCLR 228 the defendant was charged with sedition under section 51 of the Criminal Code before an Onitsha High Court for publishing a book which had exposed some corrupt practices of a Governor in the former Anambra state.

The defendant was convicted and sentenced to one year imprisonment by the trial judge. But the conviction and sentence were set aside by the Court of Appeal on the grounds that the offence of sedition was illegal and unconstitutional.

Speaking for the court, Olatawura JCA (as he then was of blessed memory) held inter alia:

“We are no longer the illiterates or the mob society our colonial masters had in mind when the law was promulgated…To retain S. 51 of the Criminal Code, in its present form, that is even if not inconsistent with the freedom of expression guaranteed by our Constitution will be a deadly weapon to be used at will by a corrupt government or a tyrant…Let us not diminish from the freedom gained from our colonial masters by resorting to laws enacted by them to suit their purpose.”

The laws enacted by the British colonial masters imposed on the country and retained by the indigenous ruling class include the Official Secrets Act and the provisions of the Criminal Code relating to sedition and criminal libel. As criticism is indispensable in a democratic society, Justice Olatawura charged the Nigerian people to defend their hard won freedom of expression at all times.

According to his lordship:
“The decision of the founding fathers of this present constitution which guarantees freedom of speech which must include freedom to criticize should be praised and any attempt to derogate from it except as provided in the Constitution must be resisted. Those in public office should not be intolerant of criticism. Where a writer exceeds the bounds there should be a resort to the law of libel where the plaintiff must of necessity put his character and reputation in issue.”

However, in May 2015, the Federal Government smuggled defamatory publications via the Internet into section 24 of the Cybercrime (Prohibition and Prevention) Act which provides that any person who knowingly sends a message or other matter by means of computer systems or that he knows to be false, for the purpose of causing annoyance, inconvenience danger, obstruction, insult, injury, criminal intimidation, enmity, hatred, ill will or needless anxiety to another or causes such a message to be sent commits an offence under this Act and shall be liable on conviction for a fine of not more than ₦7,000,000.00 or imprisonment for a term of not more than three years or to both such fine and imprisonment.

The obnoxious provision of the Act was challenged by the Plaintiff in the case of The incorporated trustees of Laws and Rights Awareness Initiative v Federal Republic of Nigeria (unreported Suit CW/CCJ/APP/53/18) on the ground that it was violative of the right of Nigerians to freedom of expression enshrined in Article 9 of the African Charter Act. In justifying the provision.

In justifying the law, the Federal Government claimed that the contentious section was not enacted to muzzle the freedom of expression but to curtail the activities of criminals using the internet.

It was further argued that the section was adopted as a legislative measure to give effect to freedom of expression as provided in Article 9(2) of the African Charter on Human and Peoples’ Rights, and was in accordance with provisions of Section 39(3) of the country’s 1999 Constitution.

But the ECOWAS Court rejected the arguments of the Federal Government and declared section 24 of the Cybercrime (Prohibition and Prevention) Act illegal, null and void as it was not in conformity with Articles 9 of the ACHPR and 19 of the ICCPR to which Nigeria is a signatory.

Since the judgments of the Court of Appeal in Nwankwo v The State and ECOWAS Court in The incorporated trustees of Laws and Rights Awareness Initiative v Federal Republic of Nigeria are binding on all authorities and persons in Nigeria, it is submitted that the resort to draconian laws by public officers to settle scores with critics and political opponents is illegal in every material particular.

Therefore, public officers who feel offended by any defamatory publication are not without remedy. They have been rightly advised by the Court of Appeal to defend their reputation and bruised ego by suing for libel in a court of law. Otherwise, the police and other security agencies allowing themselves to be used by power drunk public officers and their spouses should be reported to the Police Service Commission which is currently headed by the Honourable Clara Ogunbiyi, a retired Justice of the Supreme Court of Nigeria.

Finally, the authorities of the Nigeria Police should stop abusing the prosecutorial powers of the State by charging Aminu Mohammed, a student of Federal University, Dutse, Jigawa State with criminal libel. The First Lady should be advised to sue the student for libel.

Similarly, the police should discountenance the petition written by Mrs Bisi Fayemi, immediate past First Lady of Ekiti against a journalist. The police should equally advise her to seek legal redress in a civil court.

*Falana is a Senior Advocate of Nigeria.