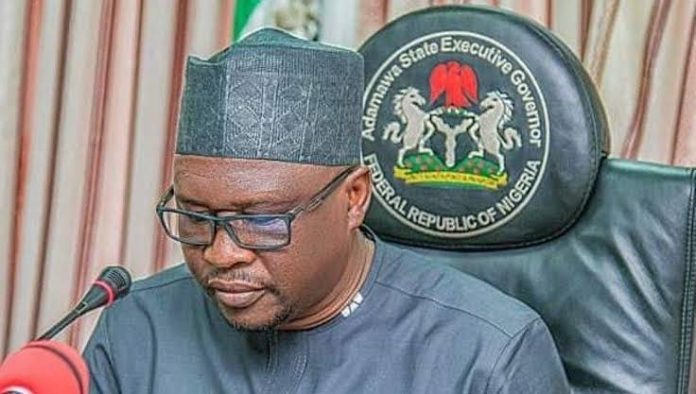 THE Convoy of Governor Ahmadu Fintiri of Adamawa State has been involved in a ghastly accident, killing four persons.

Those who lost their lives were members of a detachment of vigilantes, accompanying the governor for a campaign engagement enroute Mubi.

The accident, involving a Toyota Hilux van used by the Head of Fintiri’s vigilante, was reportedly caused by overspeeding. It occurred around Fadamareke, in Hong Local Government, while the vehicle was negotiating a bend.

Two of the casualties included Bako Kaura, head of the People’s Democratic Party ’s informal security arm and Adamu, Kaura’s biological son. Their bodies have been deposited at the mortuary of Hong Federal Medical Centre.

Five other occupants of the van were said to have sustained various degrees of injuries, and have been taken to the hospital for treatment.

Only last week, Governor Fintiri narrowly escaped death by a whisker when a truck which lost control almost rammed into two vehicles in his convoy.

The identities of the others that lost their lives in the unfortunate incident are not known yet.