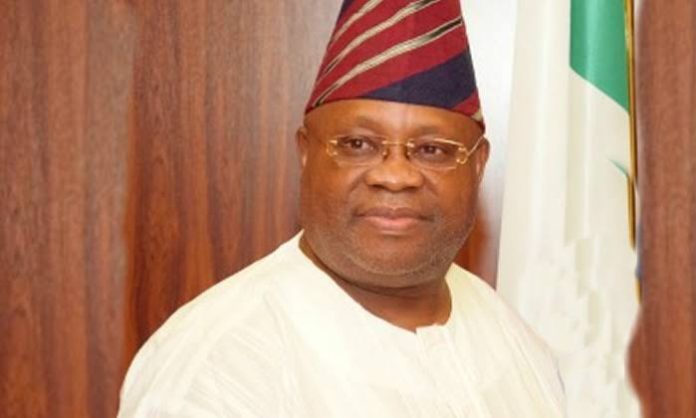 Osun State Governor, Ademola Adeleke, on Monday, paid a courtesy visit to the State House of Assembly to seek the support of the lawmakers in moving the state forward.

Adeleke at the plenary of the Assembly promised to sustain the harmonious relationship between the Executive and the Legislature to move the State forward, expressing his readiness to ensure that logistics and apparatus needed for the smooth running of the State Assembly were promptly addressed.

According to him, “Now that the election is over, I want everyone to join me to move the state forward. Government cannot do it alone.

For us to have an enviable state, everyone must be ready to play their part for the state to move forward.

“I promise that my administration would not cheat anyone, it will be an all-inclusive government where everybody will be happy and peace will reign supremely in the state,” he added.

Meanwhile, the meeting bore good fruits as the Assembly of 26 members, 24 of whom are members of the major opposition party, All Progressives Congress, while two others belong to the ruling People’s Democratic Party, rose above petty party politics and assured the state governor of support and cooperation.

Speaking, the Speaker of Parliament, Timothy Owoeye held that the Assembly would do everything to support the government saying they may only disagree with the executive based on facts of the law and not sentiments.

He added that the legislative arm and executive must strengthen their communication channels so as to communicate effectively, devoid of fake news and rumour mongering.

Owoeye assured that the 7th Assembly under his watch would not be blinded by party affiliation, stating that the Assembly owes it a duty to the people and future generation to rise above petty party politics and deliver the dividends of democracy to the good people of Osun.

He added that the legislature world over is a sacred and respectful institution and as such, the opinions and resolutions of the arm are pivotal in every matter of state.

“Your Excellency, you and your team have the utmost task of strengthening the Executive-Legislative relationship; it is most important considering the differences in ideology of our political parties. We must also allow the rule of law to guide our actions, behaviour and activities this period.

“On a personal note, I want to beseech you to surround yourself with men of valour, value and honour, who will give the best of advice that will advance the lives of our people. Your activities and that of your team must at all-time be in tandem with the principle of separation of powers and mutual respect for each arm of government.

“Mr Governor, I am happy that you have at some point served in this arm as a distinguished senator of the Federal Republic of Nigeria.

This enormous task of acting right and staying on that path lies with the legislative arm and we as the accredited representatives of our people have sworn to continue in this path.

“Under my leadership, be rest assured that this Assembly will support your administration according to best global practices. Also, it is important that your administration continues to uphold the rule of law and principles of fair hearing. Any deviation from this path may lead to a state of anarchy and crisis.”