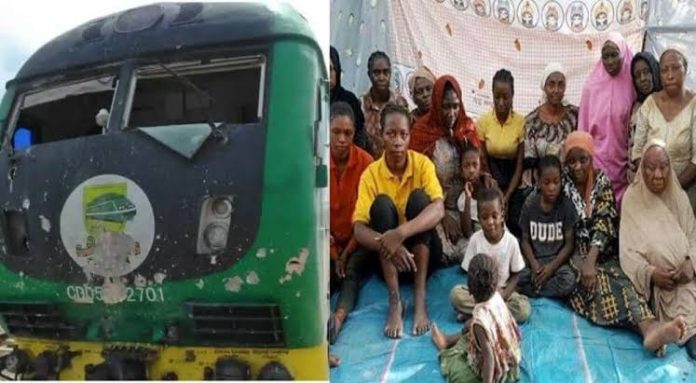 Terrorists said to belong to the Boko Haram sect on Wednesday released the remaining 23 captives of the Kaduna train attack of March 28, 2022.

This was disclosed by the Secretary of the Chief of Defence Staff Action Committee, Usman Yusuf in a statement on Wednesday.

Yusuf said that the hostages were released at about 4pm on Wednesday.

He said the “seven-man Presidential Committee assembled by the Chief of Defence Staff, General L.E.O. Irabor secured the release and took custody of all the 23 remaining passengers held hostage by Boko Haram terrorists following the attack on the Abuja to Kaduna train on 28-3-2022”.

“The nation owes a debt of gratitude to the Nigerian Military under the leadership of the CDS who conceived and guided the operation from start to finish. All sister security agencies and the Federal Ministry of Transportation contributed immensely to this operation,” the statement said.

The Federal Government had on Thursday last week raised the hope of 23 families whose loved ones were kidnapped by terrorists on the Kaduna-Abuja train.

On March 28, 2022, armed terrorists had launched a bloody offensive on the Abuja-Kaduna train with about 970 passengers onboard, shooting at the passengers and kidnapping some of them.

The attack, which occurred a few kilometres to Kaduna metropolis, left about eight people killed, dozens injured and about 168 kidnapped by the bandits.

Before the release of the 23 captives yesterday, 42 victims had so far regained their freedom from the terrorist den with 35 still in captivity.

However, speaking with journalists on the sideline of the World Maritime Day, theme ‘New Technologies for Greener Shipping,’ in Lagos, on Thursday, the minister of Transportation, Mu’azu Sambo, assured the families of the victims that very soon the remaining passengers would regain freedom and reunite with their families.

The minister recalled that on his resumption day in office, the relatives of the victims blocked him from gaining access from where he pledged that he would ensure the release of their loved ones.

“I recall that on the first day of my resumption, I was going to resume, the families of the victims blocked the road to the office and I made the pledge before God and before them that all power lies with God but I will do everything within my powers to seek for secondary power from almighty God to get their relatives released and reunited with them.

“This will happen by the grace of God. I won’t say more than that. It will happen sooner than we expected and we all know that six months is a long time for a loved one to remain in such a traumatic condition. All of us are believers in God and he knows whatever befall is creation and it’s to him alone we ask for help.

“He has never failed when we ask him and am so sure of that and I have no doubt in my mind and by the power God processes, those who are still in captivity will soon be reunited with their families and like I told Nigerians, the live of one Nigerian is more important than the rail service we are providing, so I don’t want anyone to think of how much we are losing,” he pointed out.

According to him, serious efforts, which he could not elaborate on, were on to ensure that the victims of the unfortunate incident got reunited with their families.