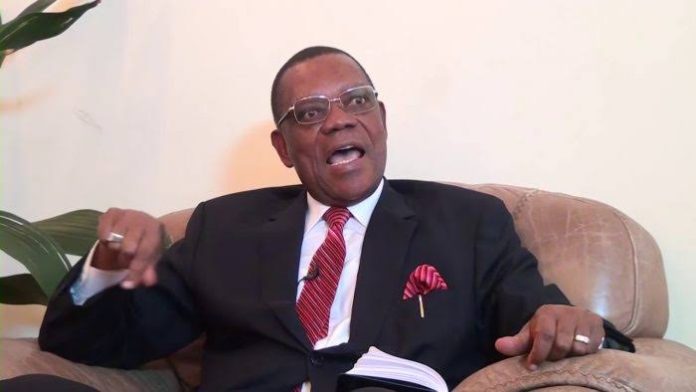 A chieftain of the All Progressive Congress in the state, Don Etiebet, who is also a former Minister of Petroleum, warned that a disgraceful defeat awaits Apkabio if he runs.

Etiebet urged Akpabio, to step down for a retired Deputy Inspector General of Police, Udom Ekpoudom (rtd), to run for the Senatorial District in next year’s election.

He claimed that it is the opinion of all peace loving people of Annang land that “brother dey chop, brother no chop” is not good.

“And that this time around the Abak/Etim Ekpo/Ika Federal Constituency, which has not gone to the senate since 1960 should be given the ticket.”

The former Petroleum Minister noted that the Peoples’ Democratic Party has agreed to the arrangement hence Christopher Ekpenyong from Ikot Ekpene/Essien Udim/Obot Akara Federal Constituency has stepped down for Emmanuel Enoidem from Etim Ekpo and Abak Federal Constituency to be the PDP’s senatorial candidate.

He argued that it is natural justice that Akpabio, who has even gone to the senate once, should step down for Ekpoudom.

He regretted that rather for Akpabio to toe the path of honour, “he has run back from his failed presidential attempt to embark on all the shenanigans to be declared the senatorial candidate for the district again by a court order.

“That’s why the whole of Abak-5 made up of the five Local Government Areas of the former Abak Division in Akwa Ibom North West Senatorial District has resolved to back a candidate from Abak/Etim Ekpo/Ika Federal Constituency from any party to win if APC must field a non Abak-5 candidate.”

Etiebet reminded Akpabio that when his late brother, Donald Dick Etiebet, from Oruk Anam/ Ukanafun Federal Constituency left the Senate in 1983 to contest for the governorship of the then Cross River State under NPN, he went to the Akpabio’s family to pick and support Nsima Akpabio to become a senator just for peaceful coexistence and brotherliness amongst the people of Annang land.

“He had all the power and wherewithal to pick another person from Oruk Anam/Ukanafun Federal Constituency who were in abundance but didn’t. So we should eschew selfishness and play some liberal politics rather than “na me alone” vertical politics for peace and togetherness.

“The Abak-5 still calls on him (Akpabio) to step down from his court ordered candidature for DIG Ekpoudom rtd to avoid a disgraceful defeat. I state this for the understanding of all,” Etiebet warned.