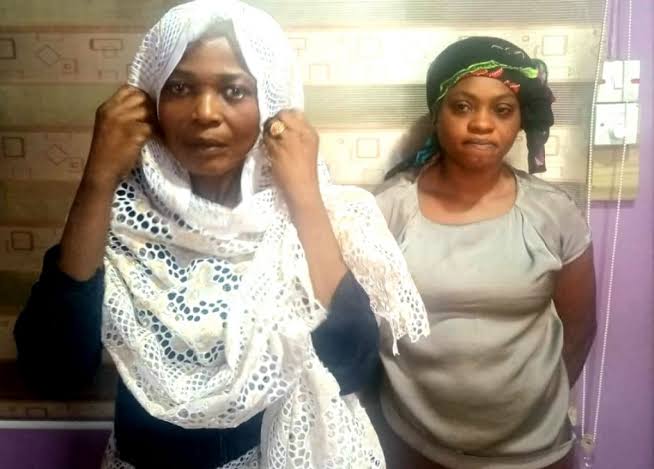 Magistrate Elizabeth Wonu, having listened to the arguments of both counsel in regard to the bail application, granted them bail with certain terms and conditions.

Wonu in the ruling said the court looked at the provisions of Section 229 of the Penal Code law, which is attempt to commit culpable homicide, which is applicable in Northern Nigeria and it is used in criminal proceeding.

The court also said it looked at the provisions of Section 277 of the Criminal Procedure Code.

She said that however, because the defendants had been in detention for 12 days, the court will grant bail.

The court in addition ordered that the sureties must swear to affidavit of means, who must be residents within the jurisdiction of the court.

The court in its ruling also said the sureties must show proof whether they are tenant or landlord.

The defendants were ordered by the court to report to the police FCT command every Monday until November 1, to enable them to be arraigned in a competent court.

The court concluded that if the prosecution failed to arraign the defendants within the time stated, the order of court will abate.

Earlier, the Prosecution Counsel, ASP Stanley Nwafoaku informed the court that the prosecution witness, Ms Teju Moses was not available as she was still recovering from her injuries.

He also added that the Investigating Police Officer was equally not available.

Nwafoaku therefore proceeded to ask for an adjournment.

The defence counsel, Monday Adah in his response, objected to the prayer on adjournment and urged the court to go on with the proceedings.

Adah further informed the court that he had a motion on notice before it dated and filed September 26, and served and acknowledged by prosecution on September 30.

Nwafoaku said he was aware that the motion was received by his office, but that he had not seen it.

He also prayed the court for a short adjournment to enable him respond to the defendants’ counsel’s motion.

Adah on his part argued that there was no order before the court to detain the defendants for further investigation.

“An additional day will touch on the fundamental rights of the defendants, I urge the court to take our motion as it is ripe for hearing.

“The bureaucratic bottle neck in the prosecution’s administration should not be visited on the defendants.

“Hence in the interest of justice, the motion should be taken and not adjourned until another date”, Adah argued.

The court in a short ruling stated that the issue was not about non-service and therefore stated that the negligence of prosecution resulting in the prosecutor not been in possession of the motion should not be an issue.

The court therefore directed Adah to proceed with his application.

Adah said the application which was brought in pursuant to section 36 (5) of the construction of Nigeria 1999 as amended and sections 158,162,163 and 165 of the Administration of Criminal Justice Act 2015.

He added that the motion seeking for two reliefs was supported by a six-page affidavit deposed to by one Moses John in the law firm of the defence counsel.

The counsel further submitted that in addition to the affidavit was an affidavit of urgency of same 6 paragraphs accompanied by a written address which he urged the court to adopt as his oral argument in the matter.

He proceeded to urge the court to grant the defendants bail in the most liberal terms and conditions.

“We pray that the first defendant who is in active practice as a legal professional is a chief legal consultant for the police and a professor who is contributing daily to the education sector, she should be granted bail on self-recognition.

“The first defendant also owns a house in Abuja within the jurisdiction of the court.

“The ill- health of the first defendant is also reason for the affidavit of urgency,” he added.

The prosecutor in response sought the leave of court to respond orally to Adah’s application.

“A careful look at the motion is a repetition of the prayer of the defence which the court had delivered its ruling on September 23.

“Since there is no order setting aside the said ruling as issues came up that were not there when the ruling was delivered, the ruling can only be appealed and I see this motion as an abuse of court process.

“I want to adopt my earlier submission on this same application with section 227 and 229 of the penal code, which is the offence of attempt to commit culpable homicide, which the defendants are being arraigned,” the prosecutor submitted.

Nwafoaku in addition stated that the motion did not canvass any new issue and therefore urged the court not to grant the bail application as sought by Adah.

Adah reiterated that while section 227 is talking about charge, the police had brought First Information Report and that it was subject to the court to draft a charge which had not been done.

He urged the court to set aside the order of the court made on September 23.

Nwafoaku said that application of such nature cannot be made orally as there must be reasons stated through an affidavit to enable prosecution respond.

He argued that defence could only respond on point of law and to come with fresh application if they needed the court to set aside the earlier order.

The defendants were charged with criminal conspiracy, attempt to commit culpable homicide, causing grievous hurt without provocation, criminal intimidation and intentional insult with intent to cause breach of peace.

The first defendant, an activist lawyer and her domestic help, Enechido were arrested on September 20 following an allegation of causing grievous hurt to the complainant, Moses, who was attached to her as her orderly. (NAN)