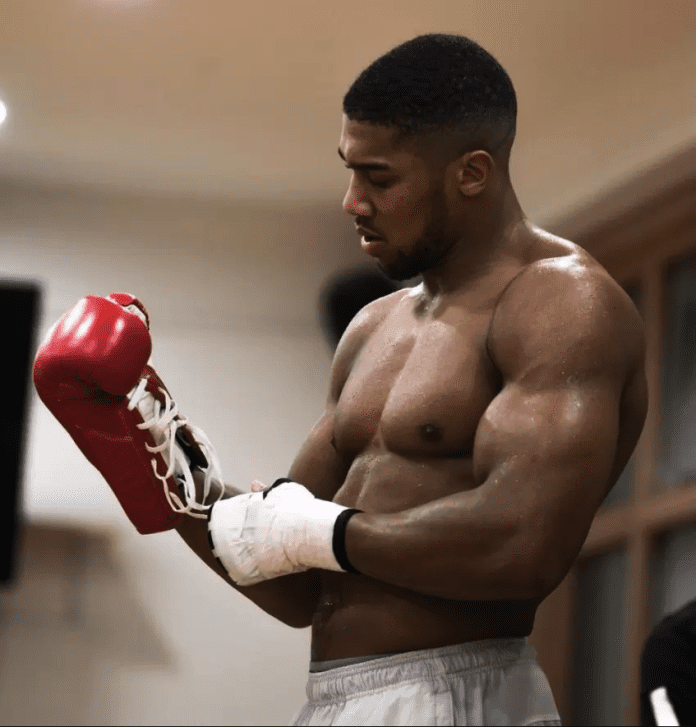 Anthony Joshua will fight again this year and is willing to take on all comers after removing any doubt over his future generated by another defeat to Oleksandr Usyk.

Joshua declared “I’m a fighter for life, the hunger never dies” as he plans a return to the ring in December when he will begin rebuilding in the wake of a split decision loss to the Ukrainian pound-for-pound star in Jeddah.

Promoter Eddie Hearn wants Joshua to have three or four fights next year with a view to him eventually becoming a three-time world heavyweight champion.

While the 32-year-old fell to the third defeat of his career, a cathartic performance that corrected the wrongs of Tottenham Hotspur Stadium last September means he remains a force in the division even if he is no longer at its pinnacle.

“I spoke to Eddie and asked him if it’s possible to get out in November because momentum is important in boxing. Eddie said December,” Joshua said.

“If it’s about who I fight, it’s come one, come all. Whoever wants it can get it. Usyk is pursuing a unification fight with Tyson Fury in the hope of adding the WBC belt to the WBA, IBF and WBO titles he successfully defended on a gripping night at the King Abdullah Sports City Arena, I don’t mind,” he said.

Joshua, meanwhile, will campaign in the division’s second tier where Dillian Whyte, Deontay Wilder and Joe Joyce are lucrative options once he has banked more rounds against less dangerous opponents.

Hearn has promised a busier schedule for the man whose future fights will be screened by DAZN as part of an £86million deal that was paused to enable Sky Sports to screen the Usyk rematch on pay-per-view in the UK.

“We want to see AJ active. There have been too many gaps between fights,” Hearn said.

Turning to Joshua, he added: “You’ve had to step up to carry the sport in our country. You never had the easy fights because you wanted to complete a resume.

“You wanted to fight the elite. You fought the pound for pound back to back. Here you lost a split decision to the best fighter in the sport. Everybody else would have vacated the WBO belt before the Tottenham fight but AJ’s never taken an easy touch.

“I would like to see him get back to enjoying himself, get back to the pressures of working his way back up to the championship belt. Now he will actually really start to enjoy himself.”

Whatever he produces in the ring over the coming years, Hearn insists Joshua’s impact on British boxing has been profound.

“No boxers would be earning the kind of money they are in the UK if it wasn’t for Anthony Joshua. He has taken the sport in terms of popularity and attraction from broadcasters and sponsors to another level.

“Fighters are benefiting because of the growth he has injected into the sport. If the public don’t respect him for what he’s done, you might as well give up,” he added.