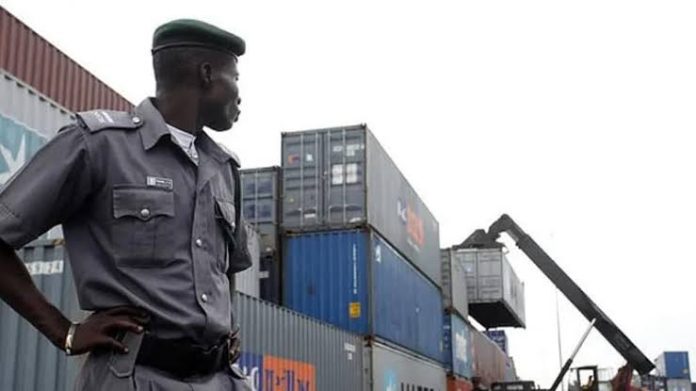 The customs area controller, Comptroller Malanta Yusuf, said this at a news conference in Lagos.

Yusuf said the amount was unprecedented in the history of revenue generation by the command, and that the value recorded in 2022 was 16.07 per cent higher than the N870.38 million collected in 2021.

He said the feat was achieved despite setbacks in the clearance value chain such as fluctuation in the exchange rate of the naira to the dollar.

“This feat was made possible because of the resilience of our officers and men in blocking revenue leakages and ensuring that all unpaid declarations and unitilised Pre-Arrival Assessment Report had been traced and accounted to the Federal Government coffers,” he said.

As regards anti-smuggling, he said 157 containers with a Duty Paid Value of N14.4 billion were seized as against 102 containers with DPV of N31.8 billion seized in the year 2021.

“Our record shows that fake and prohibited drugs without necessary National Agency for Food and Drug Administration and Control (NAFDAC) certification and Tramadol topped the list of seizures made last year.

The Apapa customs boss noted that 60 suspects were arrested in connection with some of the seizures and were at various stages of investigation and prosecution by other agencies of government.

Yusuf said in line with the Federal Government’s diversification of the economy to non-oil export, the command recorded a total of $68.5 million Free on Board value, (equivalent to N28.2 billion of non-oil commodities.)
He said a total of 6.4 million metric tonnes were exported through Apapa in the year under review.

He pointed out that collaboration with other agencies of government had greatly enhanced the productivity of the service and pledged to continue to build on the synergy to ensure that recalcitrant criminals were dealt with decisively.

He added that the command had promoted a culture of regular stakeholders’ engagement and would continue to sensitive them on the need to comply with extant trade guidelines for faster and cheaper cargo clearance.

“I want to commend our compliant traders who do sincere declaration, pay accurate duty and obey extant import and export guidelines without violating the prohibition lists,” he said.

He appreciated the Comptroller-General of Customs, Col. Hameed Ali and his management team for the support and encouragement they gave to the command and pledged that the command would surpass the 2022 collections. (NAN)