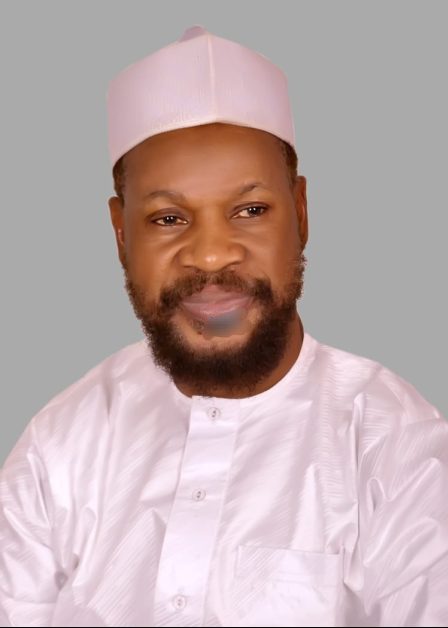 A chieftain of the All Progressives Congress in Sokoto State, Yasha’u Ahmad Kebbe says the party has fundamental leverage to win the February 25 presidential election than the PDP or any of the opposition political parties.

Kebbe said in a statement in Abuja on Saturday that the ruling party at the centre has been waxing stronger since 2019.

He said: “And along the line, it has been getting more state governments under its control.

“The votes had been divided into 3 or 4 when you look at the likelihood of the G5 Governors not supporting their presidential candidate.”

The former PDP chieftain said that even the stalwarts of the NNNP were aware that it lacked the national spread to win the presidential election.

“Same analysis goes for LP which I comfortably likened to a morning blizzard that will fizzle out on the morning of the Election Day.

“So, fundamentally, APC has all it takes in terms of strength and membership to win the 2023 election,” he added.

Kebbe further said that another comparative advantage for the APC was the technical aspect upon x-raying the antecedents of the presidential candidates.

He averred: “Fortunately enough, they all had an opportunity to showcase what they could have done in the past.

“Atiku had served as the Vice President of Nigeria and had contested to serve as the Governor of Adamawa.

“But, by providence of destiny, he was selected as the VP, so he left the post to his erstwhile Deputy.

“I am therefore challenging anyone to show his blueprints for the development of Adamawa or the North then. There were none,” the renowned businessman said.

On BolaTinubu, Kebbe recalled how the APC presidential flag bearer drastically transformed Lagos State when he served as its two- term Governor.

He recalled that the pre-Tinubu Lagos was very notorious in terms of criminal activities and social vices, with dead bodies daily littering the roads.

Kebbe said: “But, by the time he became Governor and took over, he changed Lagos completely and the city became livable.

“He was able to draw up a master plan for the development of Lagos which all his successors adopted.

“So, Lagos is today, apart from being a formidable economy in the African continent, one of the most livable cities.

“Therefore, this man, Tinubu has antecedents of vision and Nigeria is in dire need of visionary leaders not rhetorical ones.”

The APC chieftain added that Nigeria desperately required visionary leaders who will lay the foundation for economic development and empowerment.

Kebbe said: “So, Nigerians have looked at all these issues critically and they are going to make a very wise decision come February 25.

“I tell you without fear of contradiction that In Sha Allahu, Tinubu is going to be elected as President and he will win that election first round, hands down.”

Kebbe also said that the APC will resoundingly win the March 11 governorship election in the state.

“So, I believe that come election day, the people of the state are going to be shocked with the result that is going to come out,”he said.

Kebbe recalled that the incumbent Governor, Aminu Tambuwal had struggled to win reelection with only a paltry 342 votes during the rerun gubernatorial poll in 2019.

He said: “That figure tells us that at least half of the electorate in Sokoto State had since then rejected the governor and his administration.

“From 2019 to date, from feelers available to us, more people had rejected this government than they did in 2019.”

“So, come the election day on March 11, by the special grace of the Almighty Allah, Ahmad Aliyu, the APC flag bearer will win the election.”

Kebbe averred that PDP in Sokoto State had helped the APC by its alleged poor performance, adding, ‘”the infrastructure development do not tally with the humongous amount of resources that had accrued to the state government from 2015 to date.”

According to him, the dismal performance of the PDP-led administration in the state is not acceptable to the electorate, adding, “The people will not allow the ugly trend to continue.”

Kebbe said sequel to this scenario, the people of the state have only two viable alternatives which are the APC and its gubernatorial candidate, Ahmad Aliyu-Sokoto.

He also opined that another factor that will work against the PDP in the state was the nomination of a person whom he described as a “lackey”, the former SSG, Saidu Umar.

According to Kebbe, Umar must get the share of whatever credit or blame that the administration of Tambuwal gets.

The APC chieftain also said that Tambuwal wanted to enthrone Umar, adding, “He wants to get a successor he can be remote controlling behind the scene.”

Kebbe stated that Aliyu-Sokoto had been formidably groomed by the APC leader and former Governor of the state, Aliyu Wamakko, who he described as a “tactical leader.”

He said:” Without fear of contradiction, there is no any politician in Sokoto State who can rival Wamakko in terms of his experience at the highest levels of government and governance since 2019.”

Kebbe said that Wamakko was always thinking of how to improve the living standard of the people of the state and building a legacy of good governance.

While describing him as a pious core philanthropist, Kebbe added, “So, for me and all those who follow me, we have decided that we will continue to follow him in all his political endeavours now and forever by the grace of the Almighty Allah.” (NAN)