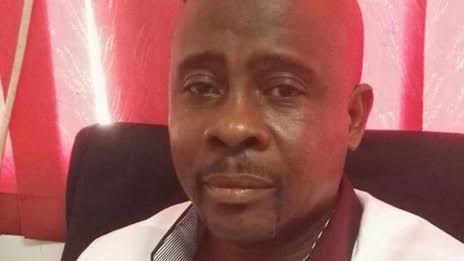 After weeks of ceaseless speculations about when the All Progressive Congress, APC, would flag off its Presidential campaign, the matter was put to rest today in Jos, as the plateau capital was besieged by a crowd that literally turned the mining city into a carnival-like celebration of a jolly jamboree. Yes, the APC Presidential campaign was successfully flagged off at the Rwang Pam Township Stadium Jos, today, marking the official beginning of the Presidential campaign, ahead of the 2023 elections. Every where was turned into a fiesta, as the stadium was filled beyond its capacity, and to some extent, even beyond the accommodating capacity of the neighbourhood. Jos went into a jolly jamboree.

Amongst the dignitaries that blessed the occasion were President Muhammadu Buhari, who is the Chairman of the APC campaign council, the National Chairman of the APC, Sen. Abdullahi Adamu, the Presidential candidate, Asiwaju Bola Ahmed Tinubu and his running mate, Sen. Kashim Shittima, President of the Senate, Sen. Ahmed Lawal, Speaker House of Representatives, Femi Gbajabiamila, APC governors and countless number of APC supporters.

Jos is home to the chairman of the campaign, President Muhammadu Buhari, who was once the GOC, 3 Division Nigerian Army. Destiny beckoned on Buhari from Jos in 1983, where as the GOC, and one charged with the responsibility of securing the area covering the Northern Eastern flank, he was called to a higher service as the Head of state. So for the people of Jos, the visit of Buhari was simply a home coming of a familiar fellow.

The same goes for the national chairman of the party, and the 1st deputy chairman of the campaign, Sen. Abdullahi Adamu, to whom Jos is simply home away from home. Sen.Abdullahi Adamu’s career in national politics began in Jos in 1977, when he was elected into the Constituent Assembly. He later became a pioneer member of the National Movement, that transformed into the National Party of Nigeria (NPN). Sen. Adamu was the first Secretary of the Party in 1978 and later its plateau state Chairman from 1982 to 1983. So for the people of Jos, the visit of Sen. Abdullahi Adamu was also a home coming for a familiar fellow.

“I am honoured to humbly welcome the leader of our great Party, the President of the Federal Republic, Commander-in-Chief of the Armed Forces, Muhammadu Buhari, GCFR to our midst. His presence here is evidence, if some were ever needed, of his full support for all the processes that will lead to the conduct of free, fair and credible elections next year. This will be the icing on the cake of his long political career. It is with the same honour and humility that I warmly welcome the presidential candidate of our party, the one and only Asiwaju Bola Ahmed Tinubu, Jagaba of Borgu, and his running mate, Senator Kashim Shettima. I convey to this august gathering the felicitations of the members of the National Executive Committee (NEC) and National Working Committee (NWC) of our party. We chose Jos for this ceremony, the most important undertaken by our party since the conduct of its successful presidential primaries in June for a very good reason. Provocative speeches and uncouth actions unbecoming of men who seek to lead our country, are heating up the polity. We need cool heads and so we escaped here to Jos to cool our heads in the cool climate and watch others lose their heads in the heat of the hot air generated by them. Mr President, distinguished ladies, and gentlemen, today we formally vest the presidential candidate of our party with the party endorsement by presenting him with the party flag. By this he formally and indisputably becomes our flag bearer in the 2023 presidential election. We congratulate him and his running mate, the self-effacing Senator Kashim Shettima”-Sen.Abdullahi Adamu.

Sen. Adamu said President Muhammadu Buhari has done well for all of Nigeria, noting that the ruling party is in the race to win at all levels.

“The political opponents can make efforts, to run the race against us but we will emerge victorious in the forthcoming elections”-Sen.Adamu

In his remarks, the Presidential candidate, Asiwaju Bola Ahmed Tinubu, took time to eulogise the President, Muhammadu Buhari, whom he described as a gentleman that keeps his words.

The Jagaba equally praised the Chairman highly, for what he called his sagacity and fairness to the party, saying Sen. Abdullahi Adamu, Turakin Keffi, arrived on a rescue mission to bring back sanity to the party.

The event was as colourful as it could be, as the Presidential candidate, Asiwaju Bola Ahmed Tinubu, had the opportunity to display to the public, his enchanting dancing skills, in the course of which he sent a warning to the PDP, thus:

“Whether we follow the constitution or not, democracy or not, we will never allow the PDP to return to power in 2023. Because the 2023 elections is not just an election but a fight”- Asiwaju Ahmed Tinubu.