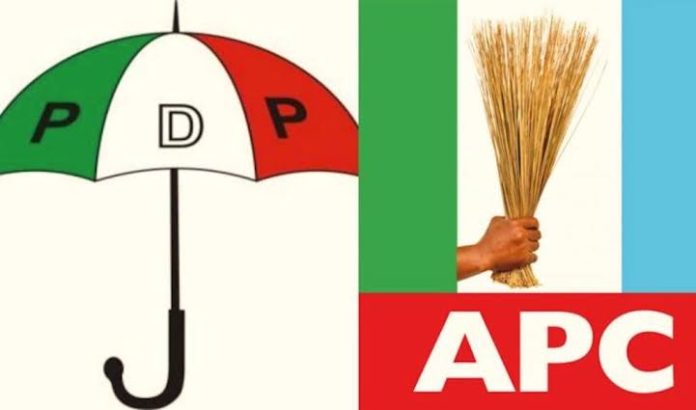 In a statement issued in Abeokuta, Wednesday morning and signed by the Publicity Secretary of Ogun APC, Tunde Oladunjoye, the party explained that it was seeking for the discontinuation of the suit owing to the fact that INEC, who is the first defendant in the suit, has complied with another judgement of the same Court by refusing to recognise Adebutu and Akinlade as candidates of PDP.

The Suit No. FHC/AB/CS/149/2022 APC v. INEC & 3 Ors was earlier instituted against Ladi Adebutu and Akinlade when their names were initially published as governorship and deputy governorship candidates respectively.

However, by Judgement of the Federal High Court in September, Adebutu and Akinlade were removed as gubernatorial candidates of the PDP in Ogun State. INEC wholly complied with that decision and when it published the national list of candidates on 4 October, 2022, did not publish any names for PDP.

Even at court sitting of 13 October, 2022, PDP withdrew its motion to stay the execution of the Federal High Court judgment removing Messrs Adebutu and Akinlade.

In doing so, PDP acknowledged and the court ruled that there was nothing to stay any long since INEC already complied with the order and PDP no longer has gubernatorial candidates in Ogun State.

The APC enjoins “the good people of Ogun State to continue to support the administration of Dapo Abiodun that has been delivering good and unprecedented dividends of democracy across all sectors such as housing, health, transportation, infrastructure, agriculture, youth empowerment and social development.

“A disorganised, scattered and crisis-ridden party at the ward, local, state and federal levels like the PDP is totally unfit for Ogun State and cannot govern the Gateway State renowned for many firsts in different sectors of our national life”, the statement said.

“The PDP is like the Bourbons dynasty of France, they have learnt nothing and forgotten nothing”, the statement concluded.