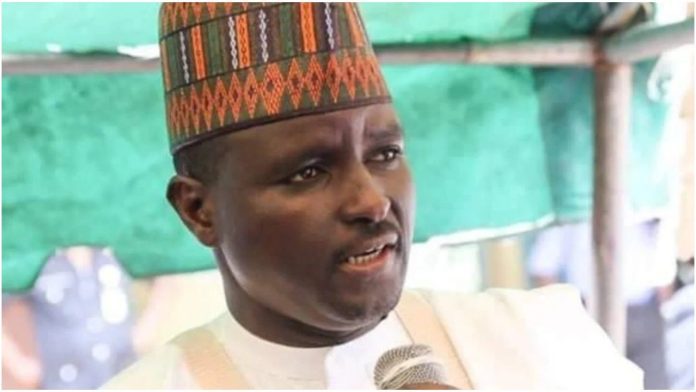 Bashir Machina, the All Progressives Congress candidate for Yobe North Senatorial District at the 2023 election has denied stepping down for Senate President, Ahmad Lawan.

Reacting to claims that he had stepped down for Lawan, the candidate stated on Sunday in Damaturu that it was also not true that he had defected from the APC.

“It has been brought to my notice that some unscrupulous elements forged a letter of my withdrawal from the race out of mischief and blackmail.

“I state unequivocally that the letter was forged. I did not at any time withdraw or resign from the APC.

“I was shocked when I discovered that some persons concocted plans to mislead the public particularly my supporters into believing that I have withdrawn,’’ he stated.

The candidate called on the national secretariat of the APC to issue a statement on the forged letter which carried its official stamp.

Machina stated also that he had instructed his lawyers to institute legal action against those behind the fake letter of his withdrawal from the race. (NAN)