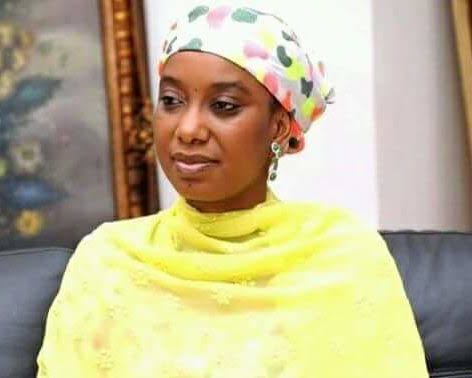 The court presided over by Justice Tani Yusuf Hassan set aside the judgement of a Federal High Court which nullified the governorship primary and declared that APC has no candidate for the 2023 governorship election.

A former chairman of the Economic and Financial Crimes Commission, Nuhu Ribadu, who contested but lost the ticket of the party, had challenged Binani’s victory in court.

He had filed a suit to seek nullification of the primary conducted on May 27.

Ribadu, who hinged his suit on alleged vote buying, over-voting and delegate inducement, asked the court to disqualify Binani and declare him the candidate of the APC in the state.

He sought an order restraining APC from submitting Binani’s name to INEC as the governorship candidate of APC on the grounds that she had emerged from an invalid and unlawful exercise.

After the nullification of her candidacy, the senator challenged the ruling of the lower court at the Appeal Court.

APC and Binani through their counsel, Sule J. Abul and Sam Ologunorisa, filed a notice of preliminary objections and counter-affidavits.

While APC challenged the jurisdiction of the court to entertain the matter, Binani in her preliminary objection argued that Ribadu’s suit was not properly constituted.

She described the suit as incompetent, contentious, rancorous and contained allegations of fraud, commission of a crime, and that it cannot be heard or determined by way of the originating summons.

In its judgement on Thursday, the Appellate court ordered that Binani’s name be submitted to the Independent National Electoral Commission immediately.

In another development, a Federal High Court sitting in Port Harcourt, on Thursday, disqualified the governorship candidate of the APC in Rivers State, Tonye Cole, over dual citizenship.

Grounds for the court decision included Cole’s voluntary dual citizenship of the United Kingdom and pledging allegiance to the same and for not being duly nominated by the APC as well as not following due process as enshrined in the new electoral act.

In his judgment, Justice Emmanuel Obile, ruled that the APC did not comply with the Electoral Act that brought in Cole as the candidate of the party.

The PDP had approached the court to direct the Independent National Electoral Commission not to recognize Tonye Cole as the governorship candidate of APC for alleged dual citizenship and that the delegate election that brought him did not follow due process having not been monitored by INEC.

He also agreed with the PDP that Tonye Cole is not eligible to contest the governorship position.

He thereafter directed INEC to delist the name of Tonye Cole from the list of eligible candidates for the 2023 Governorship election.