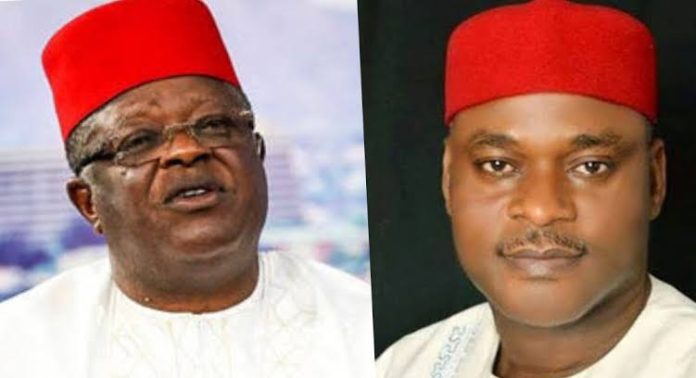 THE Court of Appeal, on Friday, reversed the March 8 judgment of the Federal High Court, Abuja, which sacked Governor David Umahi of Ebonyi State and his deputy for defecting from the Peoples Democratic Party to the All Progressives Congress.

A three-member panel of the Court of Appeal held that Nigeria’s Constitution did not provide any punishment for a Governor or Deputy Governor who defected from the party on which platform he/she got to office.

The parties are free to try the impeachment option in such cases, according to the Court.

In this regard, Justice Haruna Tsanami, in the lead judgment of the appellate court, held that the only option a political party aggrieved by the defection of a Governor or Deputy Governor had, was to explore the impeachment option provided in the Constitution.

The judgement is in alignment with an earlier decision by the Enugu division of the court on the same issue.