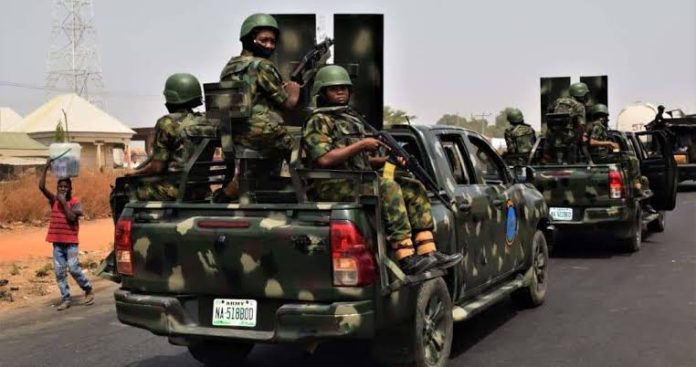 Top brass hats of the Armed Forces on Thursday assured President Muhammadu Buhari of their readiness to adopt a new strategy in combating terrorists and bandits who are spreading misery, pain and deaths across the country.

According to him, “Members of the armed forces have made a commitment that in the coming weeks, they have already started working on a new strategy to deal with these snippets of violence.

“They have given their word, commitment to the President that there will be a change in momentum, regardless of the fact that there might be a certain institutional limitation which they face. They have understood the enormity of responsibilities that they have,” he stated.

Amid spiraling insecurity and palpable fears caused by incessant terrorist attacks and threats of more of such, President Muhamadu Buhari on Thursday called another round of Security Council meeting with security brass hats.

It was the third such meeting in less than a month. It was held at the Council Chambers, Presidential Villa, Abuja.

The meeting was attended by the Secretary to the Government of the Federation, Boss Mustapha; Chief of Staff to the President, Professor Ibrahim Gambari; the National Security Adviser, Major General Babagana Monguno (retd).

The security situation in the country has taken a turn for the worse in recent times with terrorists seemingly having a field day.