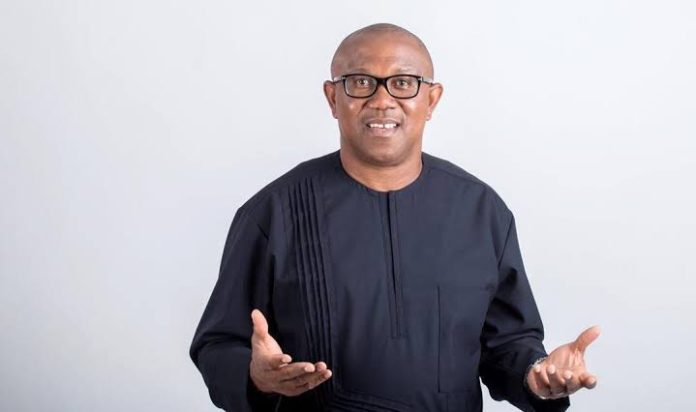 The Presidential candidate of the Labour Party, Peter Obi, has declared that Aso Rock is a seat of power for energetic and vibrant people to live and tackle the huge problems facing the country.

He said the Presidency of Nigeria like in every good country is for leaders who are ready and patriotic enough to do the job and he and his Vice, Yusuf Datti Baba-Ahmed are ready to serve Nigeria and bring her back to greatness.

Obi made the declaration on Saturday when he flagged off his presidential campaign in Lafia, Nasarawa State, reminding Nigerians that Presidency of Nigeria is not a retirement home for the aged, sick, tired and weak people

Obi told the excited crowd that he and his running mate are like them and will not steal their money but will use it to solve problems by changing the country from consumption to production.

“We will put money here and farmers will return to their farms and youths will be gainfully engaged.

“Don’t support those who will steal your money and make governance a retirement home. We will solve Nigeria’s problems, it’s not going to be over night but we will tackle insecurity and return farmers to their farms.”

The LP candidate who called for a minute silence for all those who died from flood disaster across the country prayed for the repose of their souls and for those facing unprecedented hardship as a result of it.

The former Anambra State governor charged the youths and people of Nasarawa State that voting for the Labour Party is voting for their future.

He also talked about the shame of Nigeria not qualifying for the World Cup because of poor governance and promised that he and Datti will put sports in its rightful place if elected.

The National Chairman of Labour Party, Comrade Julius Abure charged Nigerians to reject outrightly at the ballot box those who are sick and will steal their money.

“Don’t handover this country to sick people, we need energetic and vibrant people who will not steal your money,” he said.

The LP National Chairman said that the narrative of this country will change if Obi and Datti Baba-Ahmed get into power, but reminded the people that they must be united and strong with their PVC for this to happen.

He charged the people to take the logo of LP which is family of Papa, Mama and child to their villages and educate the people to avoid the costly mistake of voting for umbrella and broom that have destroyed our country.

The Vice Presidential candidate who spoke mostly in Hausa told the jubilant crowd that this is the time for Nigerians to reject dead woods who steal their money.

The highlights of the flag off rally was the symbolic handing of the party’s flag to the standard bearer of the party, Peter Obi who excited the gathering with a song of “when Labour don de rule, when Obi-Datti don dey rule, Nigeria go better.”

Obi and other Labour Party entourage also paid courtesy call on the Emir of Lafia, retired Supreme Court Justice Sidi Bagel who prayed for them.