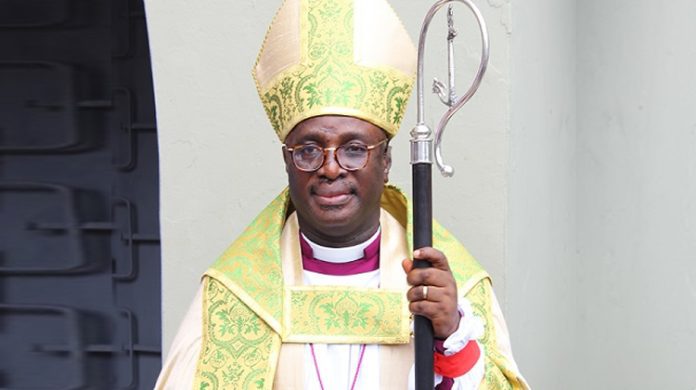 The Archbishop of the Ecclesiastical Province of Lagos, Church of Nigeria (Anglican Communion), Bishop Humphrey Olumakaiye, who died on Monday, had battled an undisclosed illness in the United Kingdom for six months, officials close to the respected cleric have disclosed.

Olumakaiye, who died at 53, was the first Bishop of Osun North East in 2009 before being transferred to the Diocese of Lagos in 2018.

His death was announced by the Synod Secretary, Segun Ladeinde, and Chancellor, Justice Adedayo Oyebanji.

It was learnt the late God-fearing archbishop had been in the United Kingdom for over six months where he rested and got treated.

One of the associates close to the deceased Anglican cleric said, “The last time he ministered in the diocese was sometime in March during the diocese’s charismatic healing programme. Later, he left for the United Kingdom. He was in the UK till late September.

“During the period, he rested and was treated before returning to Nigeria sometime late in September. We believed he was okay before the condition relapsed. It was a painful moment for every one of us.”

Further findings also revealed that the diocese has suspended its adult harvest scheduled to hold next Sunday.

Officials close to the development said the decision was among several others taken to mourn and honour the late cleric.

“The news of his death was a mind-shattering one. We have put all programmes on hold,” an official said.

It was further learnt that the church could also not hold its synod in May because Olumakaiye was in the UK and could not attend due to his condition.

“The synod did not hold in May because the bishop was not around. He is the president of the synod. Also, it was later announced that we should be praying for the bishop,” the source added.

However, the bishop’s long absence did not raise much apprehension because many taught he was away on a long vacation.