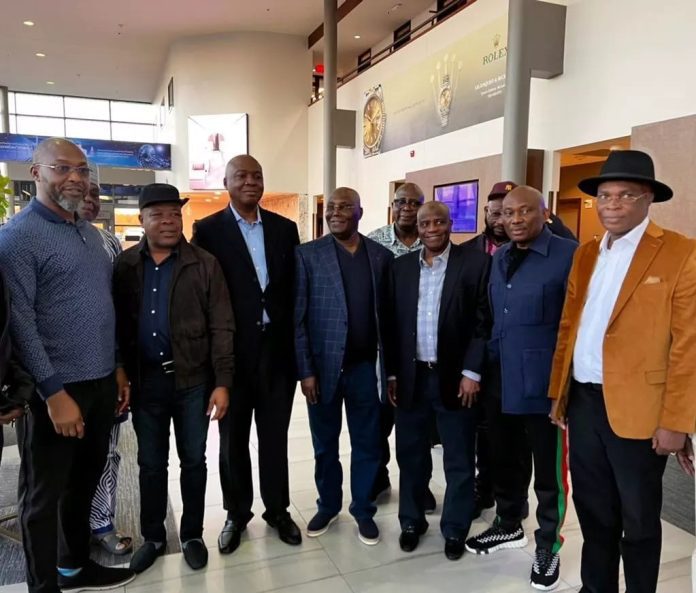 Atiku Abubakar, the presidential candidate of the Peoples Democratic Party has arrived Washington D.C in United States of America for political campaigns.

The Point learnt that he was welcomed by former Senate President, Bukola Saraki, Dino Melaye, Phrank Shuaibu, amongst other aides.

The visit to the US has dismissed all doubts that Atiku cannot travel to the US.

As part of his programmes and engagements while in the US, the presidential candidate would be meeting with Nigerians in Diaspora as well as with PDP members in North America.

He is also expected to meet with top Nigerian business leaders based in the US and later meet with young Nigerian professionals in the Diaspora, among other meetings with some business community.