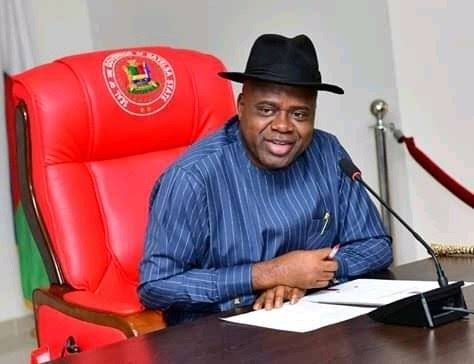 Bayelsa State Governor, Douye Diri, has described the visit of the presidential candidate of the Peoples Democratic Party, Atiku Abubakar, to the Ijaw House as historic.

The PDP candidate met with Ijaw nation stakeholders under the auspices of the Ijaw National Congress and the Ijaw Youth Council immediately after the party’s presidential campaign rally in Yenagoa on Monday.

Governor Diri said Atiku was the first and only candidate contesting the 2023 presidential election to visit and interface with the Ijaws directly.

Diri’s Chief Press Secretary, Daniel Alabrah, quoted him as describing the PDP candidate as unassuming and humble when he accepted to meet and share his ideas on issues bordering on the Ijaw struggle.

“When we requested that the PDP presidential candidate visit the Ijaw House, he said, ‘why not? I am part of the Ijaw nation.’

“Presidential candidates have come here to campaign and gone. They never thought there is the Ijaw nation headquarters here in Yenagoa.

“When we had the unprecedented flood of 2022, only three presidential candidates visited us, one of which was Atiku Abubakar. Not only did he visit, he also donated N50 million to the flood victims.”

Diri maintained that the PDP and its candidate were the only ones talking about restructuring and the issues that the Ijaw nation had enunciated over the years, including resource control.

“I believe that working with the PDP and Atiku, who already has restructuring, devolution of powers and resource control in his manifesto, is the way that will bring the Ijaw nation to realize the dreams of Isaac Adaka Boro and all our heroes past.

“Let it be known that the Ijaw nation can no longer be used as a militancy point to satisfy the ego of some politicians from within or without.”

In his remarks, Atiku Abubakar recalled that in 2004, he gave his first lecture on restructuring while serving as vice president, an act for which he was queried by President Obasanjo but that he still went further to publish a book on restructuring.

The former vice president stressed that to prove his commitment on the burning issue, he has assembled a team of constitutional lawyers that have drafted an amendment to the country’s constitution.

He stressed that restructuring was not only the wish of the Ijaw nation but that of the Nigerian people.

“Call it restructuring, devolution of powers or resource control, they all mean the same thing. To show you how committed I am, as far as this aspect of our governance is concerned, I have already assembled a team of constitutional lawyers and they have drafted an amendment to our constitution.

“I have that amendment with me. It will be one of my first legislative laws to be submitted to the National Assembly for consideration. It is a document in working and the only party determined to implement it is the PDP.”

Speaking earlier, President of the Ijaw National Congress, Prof. Benjamin Okaba, emphasized that the Ijaws will only vote for the candidate that factors their hopes and aspirations into his agenda as president of the country.

Also, Spokesman of the Ijaw Youth Council, Comrade Ebilade Ekerefe, said one of the demands of the Ijaw people includes the relocation of headquarters of the oil companies operating in the Niger Delta to their region, noting that it should be a major consideration for the former vice president upon assumption of office.