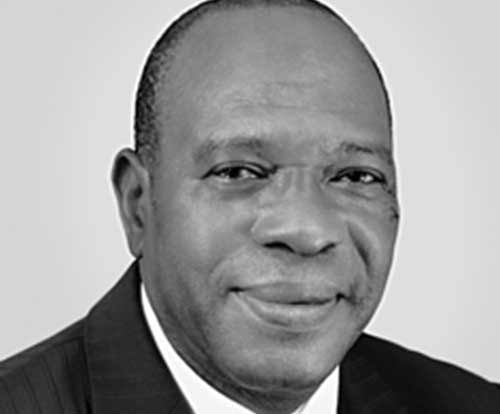 Chiahemen passed on in Johannesburg, South Africa, on August 9, 2022, and Mathias followed on September 9, 2022. Their deaths sent chills through newsrooms, corporate boardrooms and government houses as many recounted encounters with the two media gurus and talented story-tellers, who met as pioneers of Nigeria Television Authority (NTA).

Painfully, they were laid to final rest nine days apart. Chiahemen was buried on September 15, 2022, in South Africa, while Chief Mathias was interred in a family house in Numan, Adamawa State, September 24, 2022, after a funeral service at Lutheran Church of Christ in Nigeria (LCCN).

Mathias had the rare privilege of penning a tribute for his old friend and ally. On his Facebook page, he posted pictures of their travels, including an old portrait of working together at a Press Lounge, Siddarth Intercontinental in New Delhi 1981. In one of the posts, he described Chiahemen as a “Destiny helper’’.

Mathias, who was a long time regular columnist with Daily Trust and an active voice on social media, wrote: “John Chiahemen has reached his earthly destination and has gone to heaven. Rest in peace sweet soul. You were my destiny helper and involved me in all your professional capers. President Shagari’s State visits to US and UK, United Nations 35th General Assembly, you accepted to serve as stringer with me as anchor.

“You were professional to the core. There are not many like you for Nigerian TV news. Little wonder that even no less a person than President Buhari paid you tribute today. You engineered my service in Lagos Newsweek. And did we work! We brought the best hands to NTA and the experience is remarkable and impacting on what I am doing today.

“Thank you for adding to my height and opening my eyes. Someday I will meet you in the hereafter. Rest in Peace virtuoso.’’

Mathias always shared stories of how he came into prominence in 1983 by announcing final outcome of Presidential elections that was titled “Verdict 83’’, with Alhaji Shehu Shagari winning second term in office. “It was Chiahemen who gave me that life changing opportunity in NTA,’’ he says.

The media was their passion, trade and brand, and newsrooms, studios and libraries were their nests. Chiahemen and Mathias lived each day for the next breaking news, and followed up with analysis. Being around them was a delight, like listening to human encyclopaedia. They knew history, first hand, having travelled wide, interviewed newsmakers, reported elections, conferences, conflicts and resolutions, and deployed their experience and skills to advise newsmakers, institutions and governments.

After early retirements, they moved into media consultancy, working diligently to build some of the robust media houses in the country and Africa. Chiahemen set up NiceView, working for the United Nations, Ecobank, Afrexim, Arise TV etc and Mathias had Quest Media, taking up brands like Petroleum Trust Fund (PTF), Bureau of Public Enterprises (BPE) and setting up Radio and TV Stations, like Amana FM in Gombe and AIT in Yola. To his honour, Mathias had two broadcast stations named after him years before he passed on, NTA Yola and AIT Yola.

I met both of them separately, but realized how connected they were. I got to know Chief Mathias, through his daughter, Altine Haningto Mathias, who was my friend and course mate in Ahmadu Bello University, Zaria, in the 90’s, and Chiahemen, through Mrs Oluremi Oyo, former Special Assistant on Media & Publicity to President Olusegun Obasanjo and later the Managing Director of News Agency of Nigeria (NAN). Ironically, Altine, my friend and Mrs Oyo, a mother figure and mentor, preceded them in death, 2003 and 2013, respectively. La vie!

Mathias inspired me into journalism and Chiahemen was my first guide in Abidjan, Cote d’Ivoire, when I resumed as Bureau Chief of News Agency of Nigeria (NAN) in 2010. Our meeting was facilitated by my boss, the late Oyo, when I was posted to report the West Coast, which was largely of French speaking countries. Chiahemen had retired, and was shuttling between Abidjan and Johannesburg.

Before our meeting, I had heard so much about the veteran journalist, with his towering profile as anchor of NTA Monday programme in the 70’s, Newsweek, East Africa Correspondent of Reuters, Deputy Bureau Chief for West and Central Africa, and later Bureau Chief, Nigeria and Africa, based in South Africa. No doubt, Chiahemen was well respected in the media world, home and abroad, for his investigative prowess, instinct for news and diligence.

At Sococe (A mall) in Abidjan, Chiahemen was warm, kind and cheerful. We talked just about everything, like we’ve known each other over many years. Of course, he was much older and vast, but he had a simplicity that makes you feel at home. He gave me the political, cultural and geographical road map of Cote d’Ivoire, which was then embroiled in political crises, 2010-2011, and the West Coast, with all the growing instability in Mali, Liberia and Burkina Faso. He also taught me how to avoid the landmines.

Chiahemen was well travelled and versatile in world affairs, and also well-connected. He was one of those journalists who could link you up with just about anyone. He knew places and also knew a lot of people. The veteran journalist was close to the low, high and mighty, yet lived an easy going life, with an undying passion for lawn tennis.

At the height of the Ivorian political crisis, 2010-2011, we spoke just about every day. And on a few occasions before the bombing and fire balls increased, we met in his house, with his wife, Winnie. They were such an amiable couple. We will sit, have drinks and analyse world events for hours, particularly the former President Lauren Gbagbo and President Alassane Ouattara imbroglio. At the height of the crises, I bravely moved to his house to take his wife, Winnie, to the airport. He travelled earlier.

Winnie Chiahemen and Betty Mathias, wives of the two late veterans, endured pains, and enjoyed the gains of marrying people who were already married to their work. Mrs Mathias says: “Every night, he would continue pounding phones, tablets and laptops until the early hours. He never stopped writing. And when I ask him, how much are you going to be paid for that article that we can’t have a good night sleep, he will shout: N35,000!’’. Journalists old and young, work for the interest, hardly the money.

Chief Mathias was talent, humour and wit personified. According to his wife, when doctors advised he should switch-off his mobile phones to get some rest, due to debilitating health, he negotiated: “I am expecting an alert!’’ The veteran journo slipped into coma for five weeks in Abuja and first sign he was returning was a smile, and soon he held every guest with juicy narratives. On August 17, 2022, he posted on his facebook:

“I never give up. The last thing I said before I fell into coma was ‘I will come out of this’.” God agreed with me. Amen.’’

For their contribution to the growth and dynamism of journalism, they were mourned by President Muhammadu Buhari.

In a tribute for Chiahemen, President Buhari “recalled that as a veteran newsman with the reputable international news agency and Editor of Reuters Africa, Chiahemen was respected for his brilliant contributions and editorial role of covering news about Africa from a business and development perspective, beyond the narrow stereotypes of disaster and poverty.

“He expressed belief that the remarkable legacies left behind by one of Nigeria’s most accomplished journalists will continue to inspire current and upcoming members of the fourth estate of the realm.’’

For Mathias, the President “shared the pain of loss with family members, particularly Chief Mathias’ wife of close to five decades, Betty, the Hama Bachama and the Bachama Council where he holds the title of a spokesman, friends and professional colleagues in the media.

“The President extoled Chief Mathias for dedicating his life to service of the country, starting out at a young age with Federal Radio Corporation of Nigeria, before moving to the Nigerian Television Authority, NTA and hitting the limelight with Verdict’83 in 1983.

“Buhari said he believes the multi-talented journalist, whose versatility stretched into music, contributed to the vibrancy and dynamism of Nigerian media, remaining relevant in writing columns for newspapers and threads on social media, while providing expert guidance on communication to many public and private institutions.’’

Like most journalists, Chiahemen and Mathias lived similar to blacksmiths, taking the risks, heat, working late into nights and processing news items, including documentaries, to meet deadlines. They stayed true to the ethics of accuracy, balance and clarity. Like blacksmiths, their contributions will continue to live after them in print, video and sound.

After protracted ailment, and surviving five weeks of coma, Mathias drew the curtain on journalism, August 20, 2022, when he posted on his facebook handle: “I am deliberately avoiding controversy. There is a journalism I may no longer return to. My peace, I give you!’’

Oche Echeija Egwa is an Assistant Director, Information, in the Office of the Special Adviser to the President, Media & Publicity, Abuja.

Shema at 65: Standing tall as a first-rate administrator and erudite leader