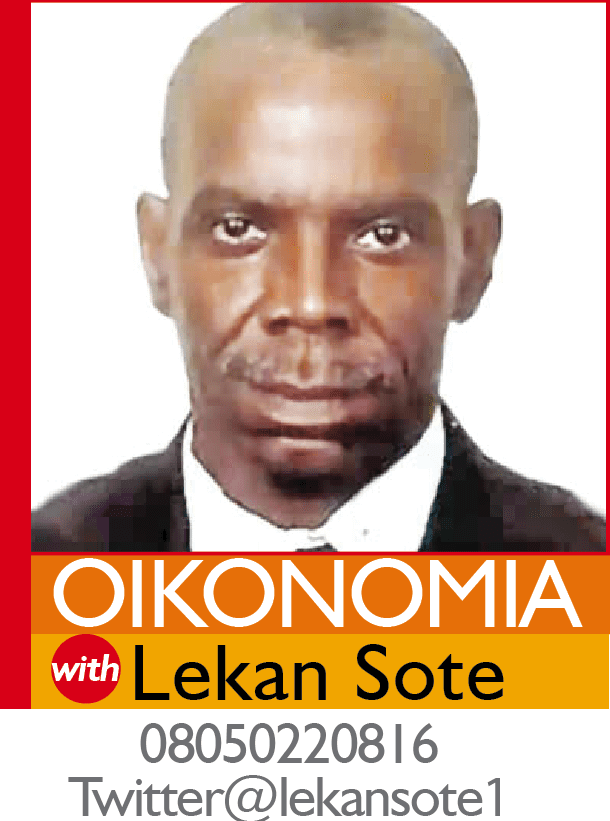 Colonizers Britain, France, Germany, Portugal, Belgium, Italy, and neo-imperialist America, did harm to the economies of Nigeria and other peripheral economies of the world. Michael Hudson admitted as much.

He touted the truth about the cause of the perennial poverty of the peripheral economies, relative to the metropolitan economies of North America, Western Europe and –lately– China, Russia, Japan and the Asian Tiger countries.

He claimed that agents of the colonial nations tweaked the world economy so that the colonial economies would always accumulate foreign currencies to finance their imports of essentially consumer products.

Sleek products, spawned by superior technologies helped North American and West European economies maintain a hegemonic hold on the South economy. Public relations and advertising agencies enhanced the adoption of Western consumerism to the detriment of the economies of peripheral nations.

The stranglehold is consolidated by the copyright and trademark laws that guarantee the monopolistic hold of multinational corporations and creative individuals over the production and distribution of mass brands.

Consider the regular remittances to Bill Gates’ Microsoft Company that has a permanent lock on the copyright of the Microsoft Office suite that runs almost all computers used throughout the world.

The multinational corporations that straddle the world, formed even before the dawn of the Industrial Revolution, also helped to consolidate the imperialist agenda of the metropolitan powers and their economies.

Trevor Noah, South African stand-up comedian, thinks the Commonwealth Organisation was wrongly named because only one nation, Great Britain, profited from the wealth of all the member nations. Practically all colonial economies were run for the benefit of the colonial masters.

The West dominates the wealth of peripheral economies by appropriating their mineral resources. The suggestion doing the rounds is that Britain backed the Federal Government of Nigeria against separatist Biafra to retain access to the oil fields.

De Beers, founded by Cecil Rhodes, who lent his name to the former Northern and Southern Rhodesia, now known as Zambia and Zimbabwe respectively, owns and controls 70 per cent of the mines in South Africa,
King Leopold II of Belgium owned Congo, erroneously designated as Free State, its people, mineral and agricultural resources, the way you own chattel. Nigeria was sold to Britain by Tubman Goldie of the Royal Niger Company for £865,000 (or £46,407,250 or N12, 550,427,783.81 at today’s exchange rate).

The East India Company, a private company owned by London City investors, before Queen Victoria acquired it, was a special-purpose vehicle used by the British to rip off India of more than $45 trillion of resources.

The yoke of economic colonialism was so heavy on Americans in the New World that they threw the “Boston Tea Party,” by throwing bales of tea into the Boston Harbour, and wrote for themselves the Declaration of Independence to free themselves forever.

But later, the sanctimonious Americans, who pretentiously preach equality, came up with the financial coup that persuaded Saudi Arabia, the world’s biggest exporter of crude oil, to trade the commodity in the American dollar.

“The biggest booby-traps are the dollar-denominated debts that must be serviced and repaid with the American dollars. As long as these debts, which the West does not expect to be fully repaid, exist, so will the peripheral economies be remitting money to service them”

That guarantees perennial demand for the American dollar, which effectively replaced the gold standard as a measure and store of the value of other currencies of the world. It came with America’s guarantee to support the House of Saud as sovereign over the people of Saudi Arabia.

And as long as Saudi Arabia produces more than 12 million barrels, about 17 per cent of the world’s production of petroleum per day, so shall the American dollar reign as the King of all currencies.

Russia, currently demanding to be paid in its currency, the Ruble, for its gas, and China that is disbursing its loans in its currency, the Yuan, has learned the tricks of the American master, who contrived the World Bank and the International Monetary Fund, to consolidate its vice-grip on the world’s economy.

The biggest booby-traps are the dollar-denominated debts that must be serviced and repaid with American dollars. As long as these debts, which the West does not expect to be fully repaid, exist, so will the peripheral economies be remitting money to service them.

The pressure on the currencies of the debtor nations, who must always service their debts in American dollars, is only surpassed by the scheme that compels former French colonies to remit a substantial portion of their annual earnings to Banque de France, the French central bank.

The more sinister part is that those former French colonies can only access their funds through loans, which must be serviced and repaid. This is the classic case of the Yoruba aphorism that you are entertaining Abu with his own money.

Of course, you know that the CFA Franc, the currency of Africa’s francophone countries, is dependent on the Bank of France, which is their central bank. Efforts by the Economic Community of West African States, led by Nigeria, to float ECO, the currency for the West African region, failed woefully.

But the worst is the vicious cycle of devaluation of local currencies, like the Naira, by shopping for the American dollars to pay off foreign debts, pay for imported strategic consumer products, like petroleum products, food items and foreign school fees.

The most rudimentary principles of demand and supply explain that when any commodity is scarce, relative to demand, the price goes up. The reverse, where the supply of the American dollars exceeds the demand, depresses the exchange rate.

Another master stratagem of the Western economies’ onslaught against the peripheral economies is the subtle advisories of the World Bank and the IMF to ensure the steady depreciation of their currencies.

In 1986, the IMF advised Nigeria to devalue its currency by adopting the Second-Tier Foreign Exchange Method of auctioning its inventory of American dollars, liberalising the remittances of the profits of multinationals back home, and liberalising the importation of foreign goods.

Think about the much ado about climate change. America outsources its brick-and-mortar manufacturing platforms to China, and then turns around to accuse China as the chief polluter of the atmosphere.

They bring the same distraction to Africa that is at the bottom of the global value chain with 1.9 per cent of global manufacturing, 2 to 3 percent of carbon dioxide emissions and industrial sources, from a $2.7 trillion economy that is 2.84 percent of the world economy.

The bullying causes Africa to begin another race to acquire the “cleaner” technology as it frantically races to discard the old technology that the Western and metropolitan economies have not quite rested on.

This vortex is a veritable vicious cycle or revolving door that keeps the peripheral economies on their toes, as they go on the frenzy of discarding old technologies and acquiring the new– at great cost.

At the November 2021 #COP26, or Conference of Parties of United Nations Framework Convention on Climate Change, feisty Barbados Prime Minister, Mia Amor Mothey, joined herself in the blame for global warming, saying, “We are so blinded that we can no longer appreciate the cries of humanity.”

It feels like she’s carrying, to the extreme, her own Stockholm syndrome, the response of a victim who begins to have a positive emotional response to a mean abuser or a captor.