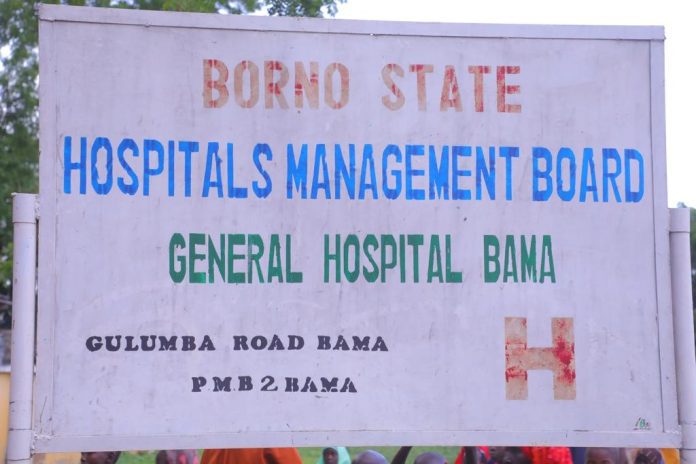 Borno State Governor, Babagana Zulum, has directed the immediate rehabilitation of unoccupied and deteriorated bungalows meant for medical doctors, including the chief medical director at the General Hospital in Bama.

The Governor gave the directive on Tuesday evening after inspecting the quarters.

Zulum’s Tuesday visit was a follow-up to his initial surprise showing at the hospital around 10pm on Monday night, for on-the-spot monitoring of public healthcare services.

Zulum directed relevant officials of the Borno State Government to ensure rehabilitation began today, Wednesday, expressing his readiness to immediately approve the release of funds after the officials assess all the buildings and determine costs, which the governor insisted, must be done within hours.

He maintained that he wanted the rehabilitation to start during his ongoing stay in Bama for days of humanitarian and developmental activities.

The governor said it was urgent that the CMD and other doctors were provided accommodation within the hospital so they could be readily available including at late hours, to attend to health emergencies, should they arise.

Zulum also directed that the hospital’s perimeter fence be raised higher with barbwires and lightning installed around the quarters and the general premises, to improve security.

Zulum’s order was also made on Tuesday evening during his follow-up visit to the hospital.
The Governor held a closed meeting that was attended by the state’s commissioner of health, Mohammed Arab, CMD and other top management staff of the hospital among some top officials.

Zulum directed the state’s commissioner of health and other relevant commissioners to address issues of lower solar power voltage and that of fans.

The Governor asked the health commissioner to ensure that the key problems raised by the hospital’s management were quickly addressed.

Meanwhile, Zulum said he was happy that he met a doctor and nurses during his two visits on Monday night and Tuesday evening.

He also commended the hospital’s sanitary condition as well as the availability and maintenance of functional medical facilities.

Speaking during the Governor’s visit on Tuesday evening, a highly respected medical professional, Olugbenga Aina said the hospital had received a substantial amount of drugs which Zulum had released for free prescribed distribution to patients.

He said the hospital was able to meet the needs of numerous patients which made it necessary for the hospital to make fresh request.