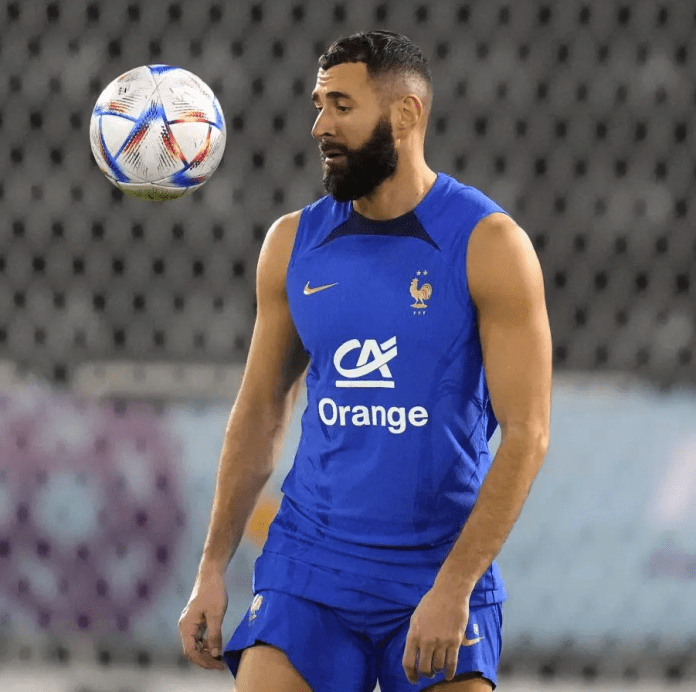 France will not call up a replacement for Karim Benzema.

And asked whether Benzema would be replaced by TeleFoot, head coach Didier Deschamps replied: “No.”

He pointed out he had enough forward players and went on to detail the injury: “Everything was under control, he was going one step further as was the case with Varane. It wasn’t even on an acceleration.

“This is a quality group. In everything they do, on and off the pitch, they are united. I have confidence in them.”

The news will come as a huge blow to Benzema. The veteran forward has been in sensational form in recent months — winning the UEFA Player of the Year and the Ballon d’Or — and was set to make his first appearance at a World Cup since the 2014 World Cup in Brazil.
Benzema did not represent France for over five years after being implicated in a blackmailing scandal in 2015.

But he returned to the team in 2021 and has since scored 10 goals in 16 international appearances for the reigning world champions.

Deschamps could turn to Olivier Giroud to deputise for Benzema, or even the Eintracht Frankfurt striker Randal Kolo Muani, who has scored eight goals in 23 games this season.

Benzema is the latest high-profile France player to be ruled out of the tournament, following injuries suffered by N’golo Kante, Paul Pogba and Christopher Nkunku.

France open their campaign against Australia in a Group D match on Tuesday.

They then take on Denmark and Tinusia.