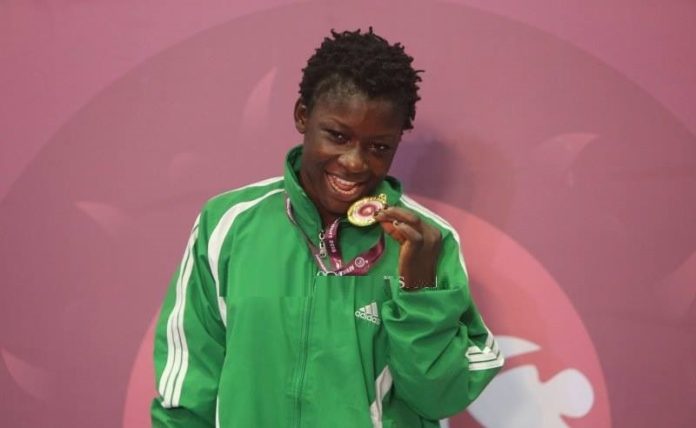 Earlier, Odunayo Adekuoroye and Blessing Oborududu claimed the first two medals for Nigeria in wrestling and Genesis added the third with her flawless victory against the Canadian at the weekend.

She revealed that her effort is currently paying off in the sport and called on sports fans in the country to remain prayerful for the entire Team Nigeria at the Games.

In the Men’s 67KG category Nigeria’s representative in the ongoing Common Wealth Games Umoafia Joseph recorded another Bronze medal for the Team Nigeria.

It could be recalled that Folashade Rafiat Lawal, won Team Nigeria’s second gold medal at the 2022 Commonwealth Games.

Lawal beat her rivals in the women’s weightlifting 59kg event, setting a Commonwealth Games record in the process.

She is the second Nigerian female lifter to smash the Games’ record after Adijat Olarinoye produced a stunning lift in the women’s 55kg on Saturday.