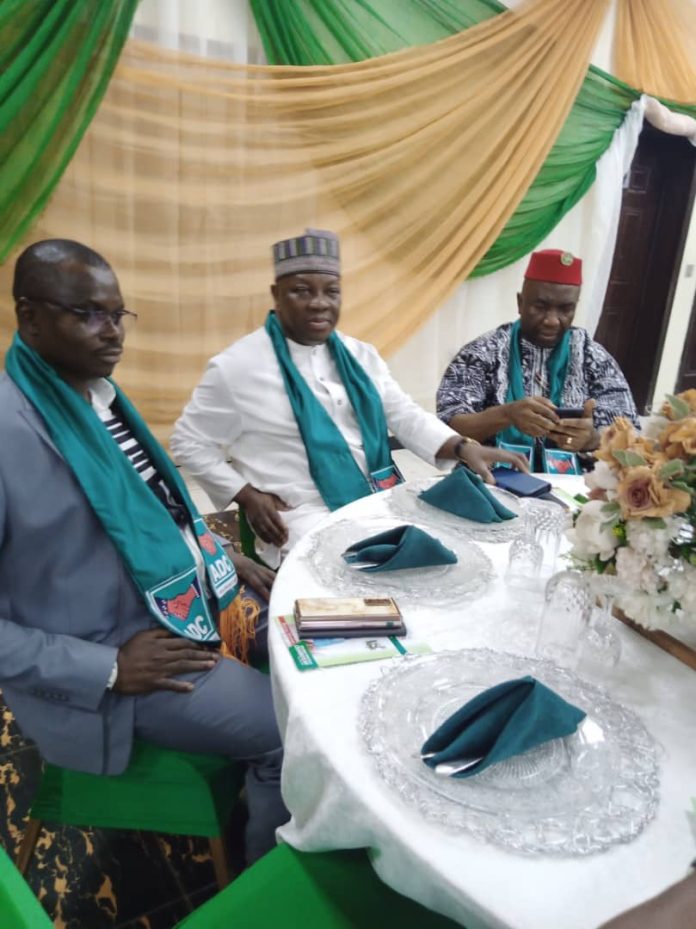 The Governorship candidate of African Democratic Congress in Ogun State, Barrister Biyi Otegbeye on Sunday, hosted the visiting National Chairman of ADC, Ralph Nwosu, to a dinner in Abeokuta.

The ADC Deputy Governorship Candidate, Olatunde Awonuga, was also at the event.

All the party’s candidates for the 2023 National Assembly and State House of Assembly elections were also present at the dinner.