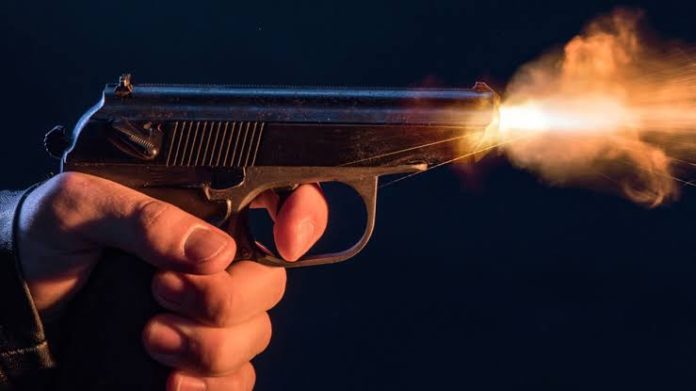 It was a terrible scene on Thursday afternoon at a day-care centre in Utai Sawan area of Thailand after a dismissed policeman killed no fewer than 22 children and twelve others.

Sources said the ex-cop, who was dismissed from his post over drug allegations last year, had visited the day care centre to collect his child, but opened fire on staff members and children when he couldn’t see his child.

Police said the suspect had left the court where he had been facing trial over drug related offences few hours before the mass shooting.

A district official in Thailand, Jidapa Boonsom said the suspect left for his wife’s house after the shooting rampage at the centre, killed his wife and his child.

It was gathered that aside the suspect’s wife and kid, 34 others lost their lives.

Police disclosed that after the act, the discharged officer was said to have shot himself dead.

About 30 children were at the centre when the gunman came in around lunchtime.

“The man first shot four or five staff, including a teacher who was eight months pregnant. At first, people thought it was fireworks,’’ Boonsom said.

Meanwhile, videos posted on social media showed sheets covering what appeared to be the bodies of children lying in pools of blood at the centre in the town of Uthai Sawan in the northeastern province of Nong Bua Lamphu.

The attacker was said to have forced his way into a locked room where children were sleeping at the centre before killing them.

Boonsom said the ex-cop might have killed the children there with a knife, adding that a teacher who was eight months pregnant was also killed with a knife.

She said the suspect was having a Gina and knife and appeared frustrated.

Mass shootings are rare in Thailand, even though the rate of gun ownership is high compared with some other countries in the region, and illegal weapons were common.

In 2020, a soldier angry over a property deal gone sour killed at least 29 people and wounded 57 in a rampage that spanned four locations.