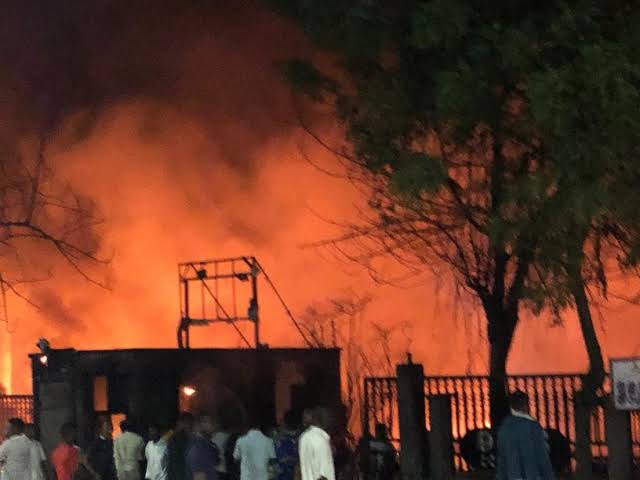 About 24 hours after the fire incident in Aladelola Street, Ikosi Ketu area of Lagos State, another fire outbreak has occured in the same state.

On Tuesday morning, in the Ebute Metta area of Lagos, fire broke out in one of the buildings on Ibadan Street off Cemetery Road and destroyed properties.

It was gathered that the lastest incident started few minutes after 8a.m but by 10 a.m., it had extended to two other houses, causing the other residents to panic.

A resident of the affected area said, “I called the Lagos Fire Service at about 9:05 a.m. They arrived about 40 minutes later, which was a bit late.

“The crowd and traffic to did not help matters because the police, led by the DPO, had to first make way for them.”

Firefighters have been able to put out the fire as at the time of filing this report as occupants count their losses.