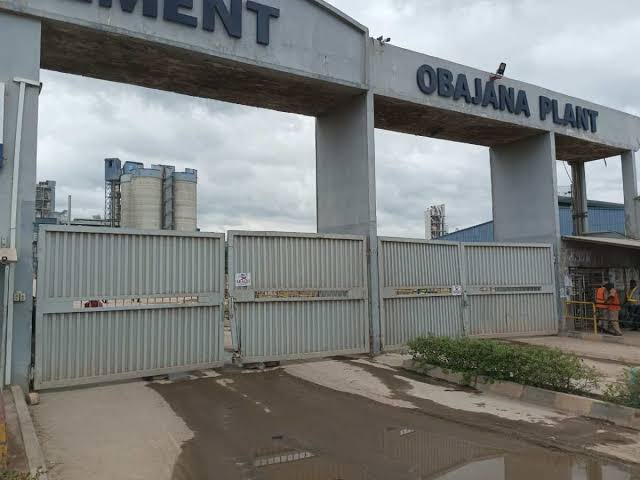 The controvery over the ownership of the Obajana Cement Company took a sad twist in the early hours of Monday, as arsonists believed to be agents of the Dangote Group stormed the State House of Assembly Complex and set it on fire.

The arsonists were suspected to have been sent to burn the Complex in an attempt to possibly destroy evidence relating to the ownership tussle between the Kogi State Government and the Dangote Group over the Obajana Cement Company.

The Speaker of the State House of Assembly, who had released a statement on Sunday, asking Dangote to come clean on the issue, expressed sadness over the recent turn of event, wondering how a business concern would go this low in an effort to twist history.

He called on security agencies to investigate the matter, pointing out that there was enough credible intelligence to show that the target of the arsonists was to destroy evidence relating to ongoing investigations on the Kogi-Dangote face-off over the ownership of Obajana Cement Company.

In a related development, security agents attached to the State Commissioner for Information and Communications, Kingsley Fanwo, foiled an attempt to attack his home, an incident that had never happened before, according to him.

The hoodlums, however, escaped with gunshot wounds.

When contacted, Fanwo accused Alhaji Aliko Dangote of “playing dirty and dangerous” over the Obajana saga, saying, “The resolve of the State Government to defend the people’s rights cannot be broken.”

“Having discovered that we exposed their satanic plans against the Speaker, they changed tactics to go and burn down the Kogi State House of Assembly. This is an attack on our institution and our people.

“Burning down our Assembly Complex will only further fuel our resolve to right the wrongs of the past. We will take back what legally belongs to us.”

Recall that the State House of Assembly has been at the forefront of efforts at reclaiming the state’s share of the company, which Dangote Group is claiming to own 100 per cent.

The disagreement reached a crescendo when the State House of Assembly ordered the sealing of the company, pending the presentation of the requested documents by the Dangote Group, with youths in the community trooping out to celebrate what they termed “the end of oppression”.

On Saturday, the Kogi State Government exposed certain fight back plans by the Dangote Group, including distabilizing the state and going after key Government offices and officials.

The statement was signed by the State Commissioner for Information and Communications, Kingsley Fanwo.