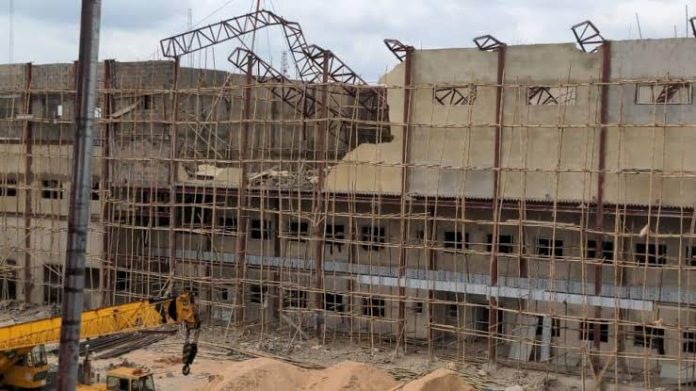 Three persons have been feared dead after a section of the Stephen Keshi Stadium structure under construction collapsed on Thursday, November 10, 2022.

It was learned the incident happened at about 1:20 pm when a section of the indoor sports hall and shooting range of the stadium, collapsed leaving many in critical condition.

The stadium was already billed to play host to the upcoming National Sports Festival scheduled to start on November 28, 2022.

The Point recalls that in 2018, during the Senior African Athletics Championship hosted by Delta State, a newly constructed overhead tank collapsed at the same venue.

Meanwhile, reports say that members of the press who attempted to get a clearer view of the incident were manhandled by touts allegedly working on the directive of the Chairman of Delta State Sports Commission, Tonobok Okowa.