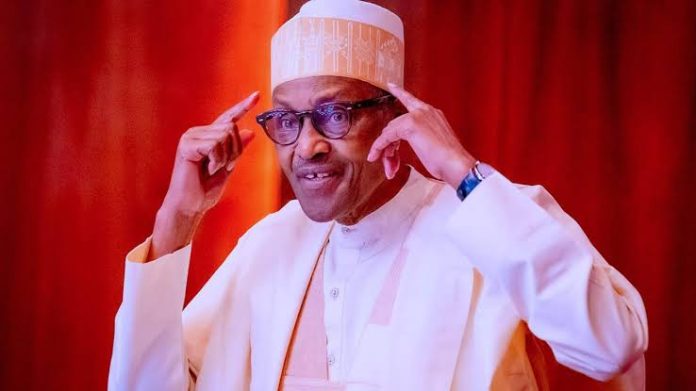 President Muhammadu Buhari has strongly condemned what he called “the unprovoked and cold-blooded murder of a Yobe State-based Islamic cleric, Sheikh Goni Aisami, by a callous soldier he had offered a lift as confirmed by the Police.”

Reacting to the incident on Tuesday, President Buhari said that “this barbaric murder of a compassionate man by a soldier he had assisted has no place in our training as soldiers, and it negates the entire ethos of military life which is anchored on discipline and respect for the sanctity of innocent lives.”

According to the President, “as the Commander-in- Chief, I am personally outraged by this criminal and wicked act by a law enforcement official trained to protect life.

“By our training, we are guided by a code of conduct that frowns on this kind of reckless and criminal act. It is not in our character and training to put innocent citizens in harm’s way. Of course, the action of this soldier is an isolated incident involving an individual, but it is capable of staining the collective image of our military.”

“This incident is capable of making our fellow citizens to be fearful of assisting soldiers, thereby destroying the bond of trust between our military and the civilians.

“I call on the military authorities to punish the perpetrators of this heinous crime without delay, and flush out other elements with such criminal tendencies,” President Buhari added.

He condoled with Yobe State Government, people of the State and family of the victim of this tragedy.

Meanwhile, the Police Command in Yobe said on Tuesday that it has arrested two soldiers over their alleged involvement in the murder of Sheikh Goni Aisami.

Dungus Abdulkarim, a Deputy Superintendent of Police and the command’s spokesman, announced the arrest of the suspects on Tuesday in Damaturu.

He said both soldiers were from 241 RECCE Battalion, Nguru, Yobe.

Preliminary investigation revealed that the cleric who was traveling from Kano State gave a ride to Gabriel, the principal suspect.

However, on their way to Jaji-Maji, a village along Gashua town, where the soldier said he was going to, he allegedly told the deceased that there was an unusual noise at the rear tire, which made Aisami to stop.

It was when the cleric came down to check the tires that Gabriel allegedly brought out his rifle concealed in a camp bed and shot him to death.

He then dragged the body and hid it in the bush and tried to take off with the deceased’s car, which, however, failed to start.

The principal suspect called Gideon, the second suspect, was on phone to assist in towing the vehicle.

In another development the police spokesman also said that on August 14, the command arrested one Jobdi Muhammadu, aged 42.

He said that the suspect was a member of the kidnapping syndicate allegedly terrorising communities in parts of Borno, Adamawa and Yobe.

He added that the command also arrested two suspected armed robbers who specialised in breaking into people’s houses and vehicles.

“The modus operandi of these hoodlums is to hibernate in market and bank premises and watch out for potential victims.”

He said that the suspects would eventually trail and swoop on customers who withdraw large sums of money by burgling their vehicles or homes.

The PPRO, on behalf of the command, commiserated with the family of the deceased cleric and appreciated the cooperation and support of the Yobe Government.

He urged citizens to continue to support the police by providing useful and credible information at all times.