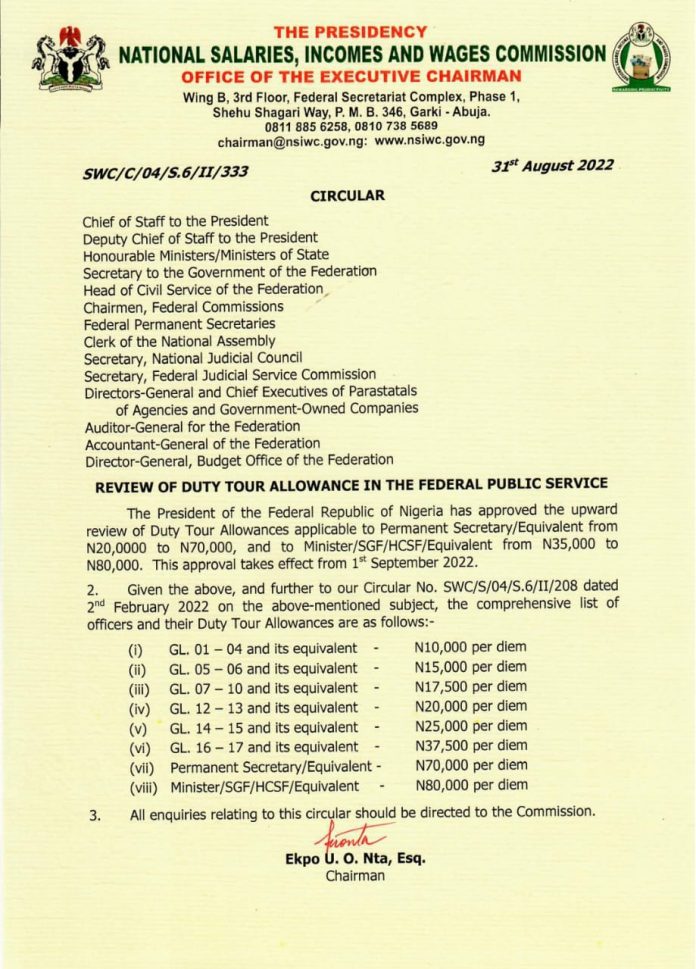 President Muhammadu Buhari has approved the upward review of Duty Tour Allowances for ministers, permanent secretaries and federal civil servants on level one to 17.

The approval was conveyed in a circular dated August 31 by chairman of National Salaries, Income and Wages Commission, Ekpo Nta.

According to the circular, the new allowances take effect from September 1.

“The president of the federal republic of Nigeria has approved the upward review of duty tour allowances applicable to Permanent Secretary/Equivalent from N20, 0000 to N70, 000, and to minister/SGF/HCSF/Equivalent from N35, 000 to N80, 000.

“All enquiries relating to this circular should be directed to the commission,” the chairman said.

Below is the new DTA the president approved for the aforementioned public servants;

Personnel cost for civil servants and the overhead costs of thousands of offices are amongst the areas where the government spends the most on, drawing calls for reduced cost of governance.