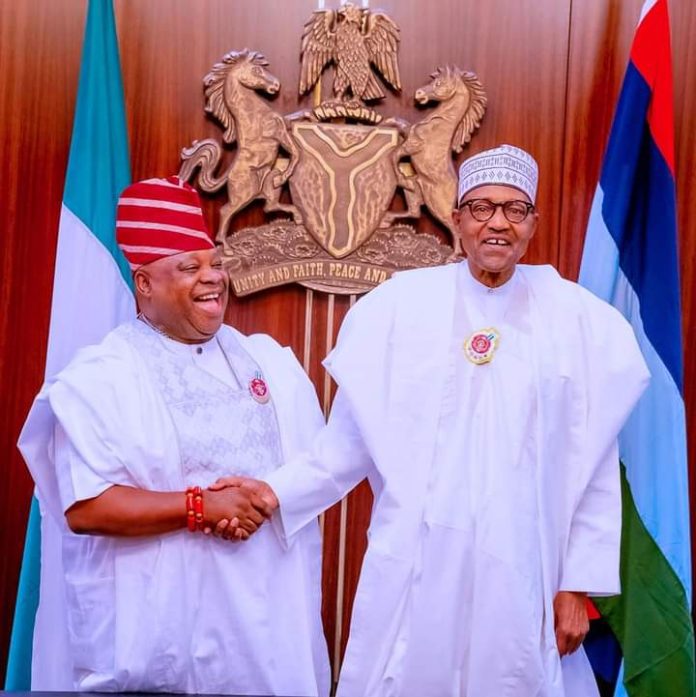 President Muhammadu Buhari on Friday promised to consider the requests for assistance made by the new Governor of Osun State, Ademola Adeleke, who was at State House on a ‘thank you’ visit.

The Governor, elected on the platform of the People’s Democratic Party, said he had come to appreciate the President for providing a level playing field in the election that held in July last year.

Said the Governor: “I had waited patiently for this appointment, and was praying fervently for it to happen. It’s a dream come true for me to see you, and have a handshake.

“I am a beneficiary of the new Electoral Law you signed, as it paved the way for free and fair elections, ruling out ballot box snatching and stuffing.

“The security agencies followed your instruction to be fair and firm, and I am so proud of you. You are a true father, regardless of political party differences.”

The Governor said free and fair elections would be one of the greatest legacies President Buhari would bequeath to the country, as the development was already being applauded home and abroad.

He gave his priorities in the State as development of agriculture, education, and investment drive.

Among requests Governor Adeleke made were; support on infrastructure development, a proposed new economic city and free trade zone, tax credit, and other federal facilities in Osun State.